A museum program turns its attention to a living collection 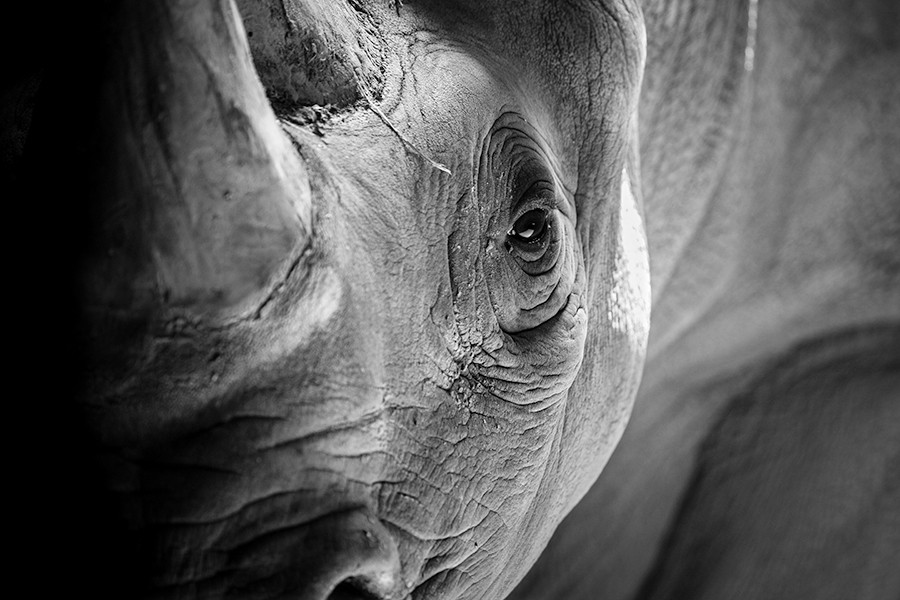 On a Thursday afternoon in April, 11 Johns Hopkins undergraduates are seated around a table, talking rhinos. Specifically, what to say to early grade school kids in an activity booklet that simultaneously teaches them about rhinoceroses and delivers a nature conservation message. Since the herbivores maintain their 4,000 to 6,000 pounds by spending half their days grazing grass, one idea is to show kids how to plant grasses native to where they live. Another student asks, Maybe instead of showing how to help the rhinos, might it be better to suggest that we eat like a rhino—dining on vegetarian, locally sourced meals?

It's a question the students in the Zoos as a Community Institution class have to work out because whatever they decide is going to end up in booklets passed out to families visiting the Maryland Zoo in Baltimore over the summer. The course is an immersive, semester-long peek inside the ways cultural institutions tell the stories of their collections, a spring offering from the Johns Hopkins Program in Museums and Society. Lori Finkelstein, the vice president of Education, Interpretation and Volunteer Programs at the Maryland Zoo in Baltimore, teaches the class, and she's supplemented the semester-long project with lectures that draw parallels and contrasts between living and nonliving collections, as well as presentations from visiting professionals and scholars—such as Jean Estebanez, a geographer and university lecturer at the Université Paris-Est Creteil—that explore contemporary thinking about zoos, the challenges they face, and how they shape and frame human relationships with nature and other species.

Over the course of the semester, the students divided into groups to research elephants, giraffes, penguins, primates, and rhinos. As a class, they've visited the zoo twice to familiarize themselves with how the zoo communicates information about animals. Through a partnership with the STEM Achievement in Baltimore Elementary Schools program between the Johns Hopkins Whiting School of Engineering and Baltimore City Public Schools, they met with grade school students to ask them what they want to know about animals.

And as the students learn in group criticisms, telling a story simply and quickly isn't as easy as it might look. "The students have been working very hard on this, and it's not something they would typically be doing in a class," Finkelstein says. She first taught the class in 2016, where the students worked with SABES kids to create an at-home activity book just for those kids. This year these booklets will be distributed during the zoo's Wild About days, which focus on a single species and help visitors make a connection between an animal seen at the zoo and local conservation efforts. The giraffe team's booklet, for example, includes a short section talking about how the giraffe, being tall, eats only the tops of trees and leaves the rest for other animals. The idea the students are incorporating into their booklet is, Be Like a Giraffe: Take only what you need.

Finkelstein first worked with Museums and Society when she was at the Baltimore Museum of Industry for a 2009 exhibition that explored Louis Braille's creation of an embossed typeface that enabled blind people to read. After she joined the Maryland Zoo, Museums and Society Director Elizabeth Rodini and Assistant Director Jennifer Kingsley approached her to explore the possibility of having undergraduates work with a living collection.

"Museums and Society is a penguins-to-paintings kind of program," Kingsley says. "Because penguins, of course, differ from paintings, the ethics involved in collecting and display feel sharper for students. And unlike historical and cultural sites and museums, zoos principally attract families, which for an urban zoo in a majority African-American city like Baltimore makes for a more diverse audience, especially when you count visits from city schoolchildren who can visit the Maryland Zoo in Baltimore for free. This raises questions about relevance—for example, what meaning does a predominantly white, middle-class conservation movement have for other communities served by the zoo? And it can also push some political buttons because zoos are in a position to educate children about evolution and climate change."

The Maryland Zoo, like the 230 other members of the Association of Zoos and Aquariums, regards conservation and education as key elements of its mission. The materials the undergraduates create "really help the zoo do even more to make it clear to guests that our mission is conservation and you can play an active role in conservation solutions," Finkelstein says. "We would not have these materials if it was not for the Hopkins students spending all these weeks creating and designing them for us."

With regard to the rhinos, one student mentions that the language used in the booklet might be operating at too high a grade level, and it might work better rewritten for younger kids. Also: If planting native grasses is the conservation effort they're going with, perhaps they should be naming some examples or including a local website that has more information. Make the suggestion something kids and parents can follow up on.

As the students grow quiet, Finkelstein looks around the room and asks if anybody has any other comments to add. "So who wants to go next?" she asks. "Penguins?"