Book review: 'Superfandom: How Our Obsessions Are Changing What We Buy and Who We Are' 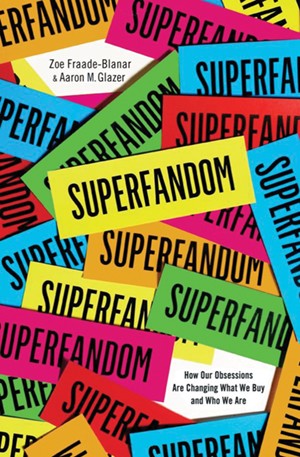 Squishables, the stuffed-animal company Fraade-Blanar, Engr '02, and Glazer, A&S '02 (BA/MA), founded in 2007, uses its online fans to develop new products. With Superfandom, the married authors explore the many ways fans—Disney World social clubs, Polaroid film loyalists, Warren Buffet enthusiasts attending Berkshire Hathaway's annual meeting in Omaha, Nebraska, and more—influence the companies, products, and business culture of the objects of their fandom. As businesspeople themselves, Fraade-Blanar and Glazer don't pause to consider the larger issues that might arise via such mass identification with commercial enterprises. That said, Superfandom deftly mixes cultural reporting into a 21st century–economy book to create an entertaining tour of obsessive brand loyalty.