Book review: 'Becoming Ms. Burton: From Prison to Recovery to Leading the Fight for Incarcerated Women' 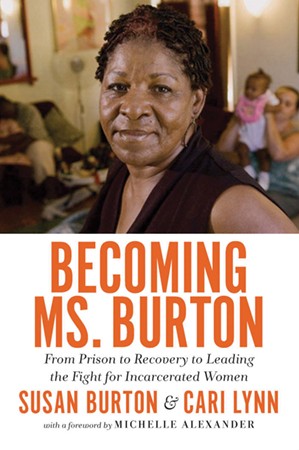 Drinking and drugs led Susan Burton, a native of Los Angeles' housing projects, to bounce in and out of jail for 15 years after her son was struck and killed by a Los Angeles police detective's car in 1982. She was fortunate to land in a Santa Monica rehab facility, the kind of place that didn't exist for disenfranchised women of color in her neighborhood. Her gripping autobiography slash social justice manifesto, Becoming Ms. Burton: From Prison to Recovery to Leading the Fight for Incarcerated Women (The New Press), co-written with novelist/journalist Cari Lynn, A&S '97 (MA), chronicles her evolution into the founder of the nonprofit organization A New Way of Life, which runs safe homes for formerly incarcerated women and their children. An unflinching chronicle of how the personal becomes the political.