Mice offer a window into sleep's role in memory

Sleep provides essential support for learning and memory, but scientists do not fully understand how that process works on a molecular level. What happens to synapses, the connections between neurons, during sleep that helps us remember what we learned when awake? 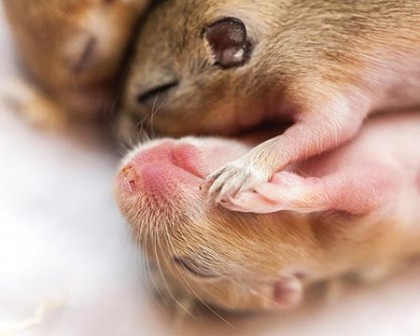 Johns Hopkins neuroscientists believe they have a partial answer. Experimenting with laboratory mice, they found evidence that a process which helps the rodent's waking brain handle its information load also works when the mouse sleeps. The brain, whether in mice or people, learns through strengthening synaptic connections between neurons. But there's an upper limit to this strengthening, so to avoid maxing out, the brain must periodically adjust itself through what is called homeostatic scaling-down. This process uniformly weakens the synapses, freeing up capacity for more learning. Because it is consistent across all of the neural network, there is no change in the relative strength of connections, and therefore no degradation of memory.

The scientists found that this scaling process also occurs when mice sleep. During sleep, the brain consolidates memory and enhances its capacity to learn anew when the mouse awakens. Compared to the waking mouse brain, the slumbering brain contains 250 percent more of the protein Homer1a, which, researchers believe, determines when the brain is sufficiently quiet to begin scaling down the strength of synaptic connections.