Vivian Adelberg Rudow, Peab '57 (Cert), '60, '79 (MM), has been performing and composing music for more than 50 years. Her orchestra piece titled Go Green Too! was performed by the Hong Kong Community Philharmonic Orchestra in October 2016.

John M. Brewer, A&S '60, '63 (PhD), retired from the University of Georgia Department of Biochemistry and Molecular Biology after 50 years on the faculty.

Henry Ciccarone Sr., A&S '62, who died in November 1988, was inducted into the Intercollegiate Men's Lacrosse Coaches Association Hall of Fame in 2016. As head coach of Johns Hopkins men's lacrosse, he guided the team to the NCAA Division I Men's Lacrosse Championship from 1978 to 1980.

Frederick Finn, A&S '67, retired from elected office and returned to his real estate development practice in Olympia, Washington. He previously served three terms on the Griffin School Board and two in the Washington House of Representatives. He and his wife, Bonnie, enjoy spending time with their children and grandchildren and look forward to attending Finn's 50th reunion at Johns Hopkins.

Terry K. Sheldahl, A&S '67 (PhD), received a doctorate in accounting in 1979 and has lived in Savannah, Georgia, since 1985. He has written books on the history of accounting and is currently writing a biography of Christian poet Ella Dodge Reade of Defiance, Ohio, who died in 1874 after helping lead the Woman's Crusade temperance movement.

Willie Scroggs, A&S '69, was inducted into the Intercollegiate Men's Lacrosse Coaches Association Hall of Fame in 2016. He coached the University of North Carolina Tar Heels from 1978 to 1990 and won three national championships.

Arno P. Drucker, Peab '70 (DMA), a pianist, accompanied mezzo-soprano Frederica von Stade as part of the Steinway Series at Silo Hill in Phoenix, Maryland, on October 22, 2016. The event raised funds for the Maryland Association for Parkinson's Support and the therapeutic music program Parkinsonics.

David "Mark" Gaston, Bus '71 (BS), was elected to the board of directors of the NU Foundation in Seoul, South Korea. The foundation provides cultural programs and other benefits for American and Korean soldiers and their families as well as Korean children in need.

Vince Forte, A&S '72, retired in 2015 and divides his time between the San Francisco Bay Area, Lake Tahoe, and travel destinations. This year, he and his wife celebrate 40 years of marriage. The couple has two grandchildren, whose parents are Johns Hopkins alumni.

Ibrahim B. Syed, SPH '72 (ScD), a clinical professor of medicine at the University of Louisville, received the Distinguished Service Award from the American Board of Radiology in 2008 and an honorary Doctor of Science degree from VSK University in India in 2013. In addition to scientific papers, Syed writes about Islamic topics.

Mindy G. Farber, A&S '74, a civil rights lawyer who specializes in employment and labor law, was inducted into the Montgomery County, Maryland, Office of Human Rights Hall of Fame on December 4, 2016.

Manuel Barrueco, Peab '75, a guitarist and Peabody Institute faculty artist, was featured in a Classical Guitar article titled "Manuel Barrueco's School Days: The Long Road from 'Difficult Student' to Master Teacher." The interview highlighted the musician's experiences as a student at the Peabody Institute and his early career.

Carter Brey, Peab '76, a cellist, performed a recital in December 2016 at the Phillips Collection in Washington, D.C., with Benjamin Pasternack, a piano faculty member at the Peabody Institute. The performance featured the works of Robert Schumann, Leonard Bernstein, Elliott Carter, Leon Kirchner, and Frederic Chopin.

Wayne E. Morris, Ed '77 (MS), received the 2016 Astin-Polk International Standards Medal for distinguished service from the American National Standards Institute. Before retirement, Morris served as vice president of technical operations and standards for the Association of Home Appliance Manufacturers and chairman of the Industry Trade Advisory Committee on Standards and Technical Trade Barriers for the U.S. Department of Commerce.

Lynn Goldman, SPH '81, dean and professor of environmental and occupational health at the Milken Institute School of Public Health at George Washington University, received the 2016 Walsh McDermott Medal for distinguished service from the National Academy of Medicine. For more than 25 years, Goldman has lent her expertise in public health and policy to address many pressing issues, from the health of Gulf War veterans to the dissemination of environmental health data.

I. Steven Udvarhelyi, Med '83, took over as president and CEO of Blue Cross and Blue Shield of Louisiana in 2016.

Gordon Grant, Engr '86 (PhD), a research hydrologist with the U.S. Forest Service, was named a fellow of the American Geophysical Union, becoming the first U.S. Forest Service researcher in the program's 54-year history to receive the scientific honor. Grant is based at the Pacific Northwest Research Station's Forestry Sciences Laboratory in Corvallis, Oregon.

Unice B. Lieberman, A&S '90, earned a master's degree in political communication from American University in 2016.

Roy Norton, SAIS '93, '99 (PhD), returned to Ottawa in 2016 to become Canada's chief of protocol after 10 years of representing Canada in the United States.

Linda Behrens Stones, Bus '94 (MS), was recognized by the Nebraska Nurses Association for her legislative and political work on behalf of nurses in Nebraska. The director of patient care services for the Crete Area Medical Center, part of Bryan Health, was appointed to the hospital's board of directors in 2016.

Robert F. Parker, A&S '97, and Melanie Torsella Parker, A&S '13 (MLA), married on October 10, 2015, in Baltimore, where they were joined by many Johns Hopkins alumni. The couple lives in New York, where he is a partner at Chobe Advisers and she works for Goldman Sachs.

Cyndie Chang, A&S '00, became president of the National Asian Pacific American Bar Association Board of Governors in November 2016. She is the managing partner of the Los Angeles office of the Duane Morris law firm.

Ava Chin, A&S '00 (MA), received a 2016–17 Fulbright U.S. Scholar grant. The associate professor in the Department of English at the College of Staten Island will lecture on American journalism and work with young writers in China. Chin is a fellow at the Advanced Research Collaborative of City University of New York's Graduate Center and the New York Institute for the Humanities at New York University.

Betty Chang, SPH '03 (PhD), a professor of internal medicine and associate dean for graduate medical education at the University of New Mexico, is governor of the New Mexico chapter of the American College of Physicians.

Jason Fisher, Peab '05, and Jesse Irons, Peab '04, '06 (GPD), members of A Far Cry, the in-house chamber orchestra at the Isabella Stewart Gardner Museum in Boston, performed at the National Gallery of Art in Washington, D.C., on November 20, 2016.

Robert A. Kennedy, Ed '05 (MAT), teaches at Centennial High School in Ellicott City, Maryland, where his students have created a print and online mathematics journal. The inaugural issue, released in May 2016, includes articles on pure and applied mathematics, an essay, math jokes, and cartoons. CHS Math Journal can be found at chsmathjournal.weebly.com.

Eric Basu, Engr '06, a structural bridge engineer, received the 2016 Younger Member Award from the American Society of Civil Engineers. He married his wife, Stephanie, in November 2016.

Erica Rufener, Engr '07, has worked for Merck & Co. for the past 10 years and was on the team that launched the cancer drug Keytruda. She married in 2013 and honeymooned in Australia. The couple plans to bring their baby to Rufener's 10-year reunion at Johns Hopkins.

Shane A. Ardo, A&S '08 (MA), '10 (PhD), an assistant professor of chemistry at the University of California, Irvine, was named a Moore Inventor Fellow by the Gordon and Betty Moore Foundation in November 2016. His award winnings will fund the development of solar-powered desalination technologies to help solve water scarcity problems.

James DeCourcey, Ed '10 (MS), was promoted to the rank of captain in the Department of Maryland State Police and assigned to the Northern Command of the Criminal Enforcement Division in August 2016.

Gerrad Alex Taylor, A&S '10, acted the roles of Northumberland, Houghton, and Bailiff in the Chesapeake Shakespeare Company's production of Anne of the Thousand Days, which ran from October 21 to November 13, 2016, in Baltimore.

Hannah R. Holliday, A&S '11, works in the Office of the Deputy Mayor for Education in Washington, D.C., through nonprofit Leadership for Educational Equity's public policy fellowship.

Jake Runestad, Peab '11 (MM), '12 (MM), is a composer whose work for piano, chorus, and orchestra, titled Dreams of the Fallen, made its Carnegie Hall premiere on November 19, 2016. The performance was part of Park Avenue Chamber Symphony's concert Honoring Our Veterans.

Zoe Band, Peab '12, '14 (MM), was featured as the alto soloist in Washington National Cathedral's performance of Handel's Messiah in December 2016.

Katryn F. Bowe, SAIS '13 (MA), is co-founder of Rabble, a New York startup that helps consumers invest online in projects that strengthen communities. The platform connects people with as little as $100 to invest in projects to transform American cities, including Detroit, New York, and New Orleans.

Joe Buono, Peab '13, '15 (MM), a trombonist, and Tristan Lane Clarke, a trumpeter, are the Melodica Men. On December 5, 2016, the pair was featured on Jacksonville, Florida, station WTLV First Coast News' The Chat. The interview highlighted their musical training, recent internet fame, and performances. In December, the Melodica Men appeared with the Jacksonville Symphony Orchestra, where Clarke serves as principal trumpet.

Alexis R. Lian, Ed '13 (MS), works at the Massachusetts Executive Office of Education in Boston to implement career, vocational, and technical education policies. She is a public policy fellow through Leadership for Educational Equity, a nonprofit leadership development organization.

Meredith A. Achey, A&S '14 (Cert), was profiled in the Moses Brown School alumni magazine, Cupola. The article chronicled her transition from aspiring opera singer to aspiring doctor. She began her clinical clerkships at Duke University School of Medicine in August 2016.

Jennifer Nicole Campbell, Peab '14, '15 (MM), is a pianist and composer whose work titled Embers of Memory premiered on November 19, 2016, in a concert by the Newark Symphony Orchestra. With this composition for piano and orchestra, Campbell hopes to raise awareness of Alzheimer's and to give a musical voice to those who suffer from the disease.

Alan Choo, Peab '14 (MM), '16 (GPD), a violinist, performed a concerto from Vivaldi's La Cetra with the Tafelmusik Orchestra on January 11 in Toronto.

Alyssa Spratta John, Peab '14 (MM), a trumpet player, earned an audition and a spot in the Navy Fleet Band. She will be a member of the band after completion of boot camp. John was previously a finalist for both the Air Force's Band of the Golden West and the United States Army Old Guard Fife and Drum Corps.

Howard W. Nelson-Williams, SPH '14, was named one of the Queen's Young Leaders for 2016, an award that recognizes exceptional young people from across the British Commonwealth. Nelson-Williams represents Sierra Leone and dedicates his time to controlling the spread of disease there and rebuilding the country's health care system since the Ebola outbreak.

Alexandra Razskazoff, Peab '14, a soprano, is performing with the Minnesota Opera for the 2016–17 season.

Karen E. Baddoura, A&S '15, a member of the Class of 2020 at Cooper Medical School of Rowan University, participated in the annual White Coat Ceremony on September 16, 2016. At the ceremony, students receive white coats that brand them as members of the medical community.

Katherine Hamlet, A&S '15, a first-year student at Cooper Medical School of Rowan University, participated in the annual White Coat Ceremony on September 16, 2016. The ceremony marks the beginning of the medical journey for students.

Niccolo Seligmann, Peab '15, moved to Los Angeles in 2016 to coach the viol consort of the UCLA Early Music Ensemble.

Christine Danielle Lyons, Peab '16 (MM), a soprano, was featured in Beethoven's Ninth Symphony with the Baltimore Symphony Orchestra's Rusty Musicians on November 16, 2016. The event invites adult musicians to play side by side with the BSO in an informal setting. 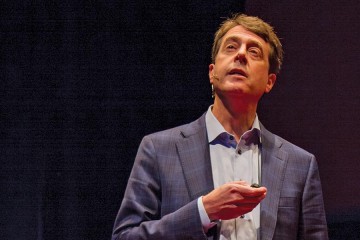 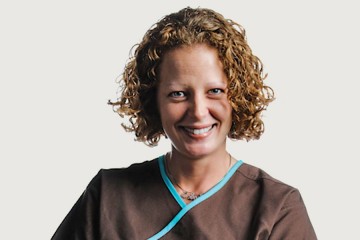