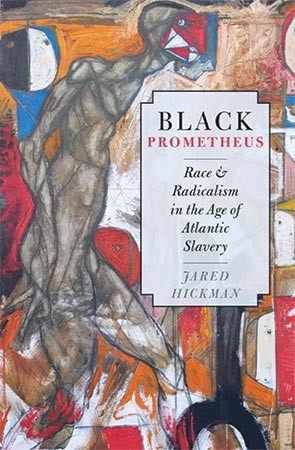 This readable literary history doorstop considers how the Prometheus myth became a touchstone leitmotif in 18th- and 19th-century revolutionary writings.

Associate English Professor Hickman charts this idea in the works of Benjamin Banneker, Frederick Douglass, Karl Marx, Percy Bysshe Shelley, Voltaire, and abolitionist publications, to show how the ancient story of the Titan who defied the gods to give fire to man was an available narrative and political framework for rebelling against white supremacy in a so-called enlightened age. It's an exploration that, for Hickman, suggests a way to understand how race is created when different cultural worldviews come into contact and conflict with one another.