'Step' into the spotlight: JHU student chases her dreams in Baltimore dance documentary 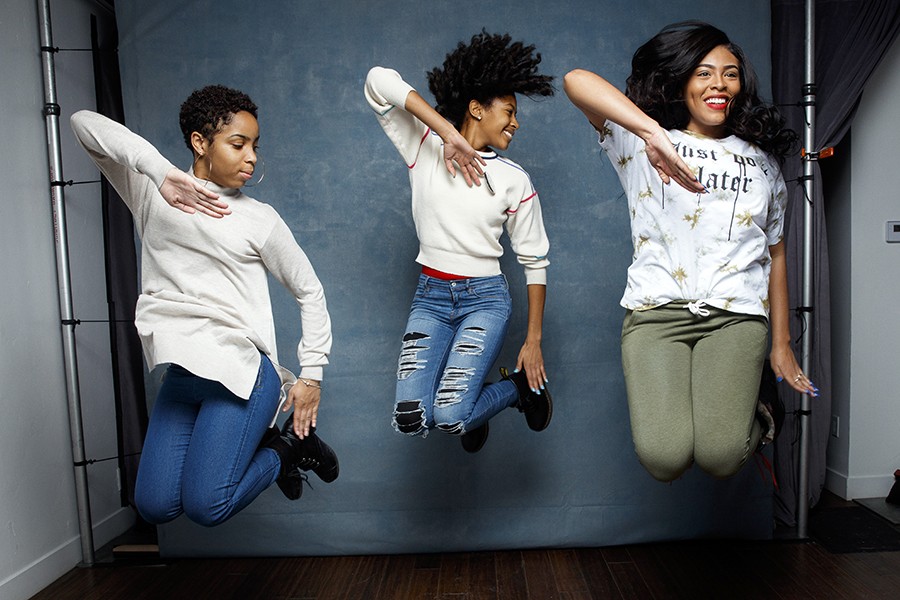 Halfway through the emotional documentary Step, then 17-year-old Cori Grainger sits alone on the stoop outside her Parkville, Maryland, home. The whoosh of passing cars provides the only soundtrack as Grainger vents bad news. Her stepfather just lost his job. The house's electricity went out, again. "It happens," says Grainger, now a sophomore at Johns Hopkins. In Grainger's world, feelings of comfort and stability, she laments, can be all too transient.

"I don't want to have to live like this. I don't want my family to live like this," she says, staring off into space. "So, I'm going to work my hardest to make [this] not happen in my life." With nothing left to say, the camera lingers on Grainger's face a few swollen seconds before she exhales and begins to sob.

"For me, the film is about girls growing up in Baltimore and overcoming obstacles and challenges with their families. ... Nothing is impossible if you have the support you need to chase your dreams."
Cori Grainger

This desire to break free of one's circumstances, chase a dream, and find something more than "this" lies at the heart of Step, which chronicles the senior year of members of the Lethal Ladies, the step team at the Baltimore Leadership School for Young Women, a public charter middle and high school. The lean, 83-minute film, often ebullient and uplifting, follows the stomping and clapping dance squad as it trains for the prestigious Bowie State step competition, where high school teams from three states face off for bragging rights and the championship.

While this might sound like a setup for a real-life Bring It On or Drumline, the prize truly at stake for these charismatic young ladies is an acceptance letter to college. Not just any seniors, these women belong to the first graduating class of the Leadership School, whose mission is to provide a premier education to underserved girls in an urban setting and have 100 percent of them graduate and be accepted to college.

Step, a Fox Searchlight Pictures release that opened in select theaters August 4, is the feature-length directorial debut of Baltimore-native Amanda Lipitz, a Tony Award–winning Broadway producer whose credits include Legally Blonde the Musical, A View from the Bridge, and The Huntsman. Lipitz, the daughter of Baltimore Leadership School for Young Women founder Brenda Brown Rever, focuses on three of the Lethal Ladies. There's team captain Blessin Giraldo, a natural entertainer beset by troubles at home and in school. A challenger to Giraldo's leadership is Tayla Solomon, a fast talker who often butts heads with her well-intentioned helicopter mom, a correctional officer who finds time to sit in on practices and tease her daughter mercilessly.

Grainger, meanwhile, is happy to blend into the background. The shy, slender, straight-A student aims to be named valedictorian and get into her dream school, Johns Hopkins, physically close but symbolically a million miles away. With money and college affordability weighing so heavily on her mind, Grainger and her family place their hope in the university's Baltimore Scholars Program, which recognizes high-achieving Baltimore City public school graduates who, if financially eligible, can receive a full scholarship covering tuition, room and board, and fees.

A one-time debate team member and the oldest of seven siblings, Grainger joined the step team to emerge from her shell.

"I'm everything that step is not," she says at one point in the film. Indeed. Step is loud, and in your face. No music needed. You are the music, through stomps, claps, and voice. The expressive form of dance, which traces its origins to African civilizations and is commonly associated with black fraternities and sororities, can be part art and part social demonstration.

"For a lot of us, step is a way to deal with what is happening around us," Grainger says. "We can express our feelings in anger, and to rejoice." The team certainly does in its big showcase performance, which serves as defense for the Black Lives Matter movement and against the way their city was depicted in the wake of the 2015 death of Freddie Gray. 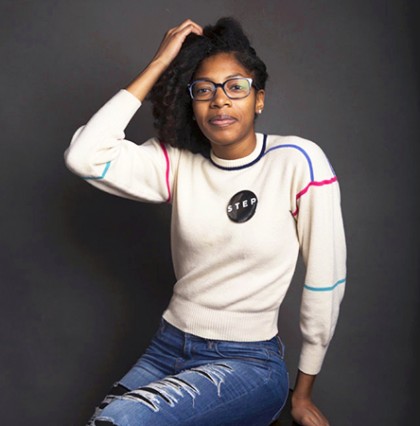 As for how the team fares at the Bowie State competition, no spoilers here. But Grainger does get something she wished for. Near the end of the film, she and family members gather in the school's office of college counseling on Johns Hopkins' admissions decision day. "You good?" Grainger playfully asks her mom before clicking open the online letter and reading aloud—she got in. What follows is pure euphoria, with smiles, and claps, and shouts of "congratulations!"

"Hopkins looks for a certain type of person," she tells her mom. "I didn't know I was one. Change in the game."

Grainger, who is studying computer science and international studies at Hopkins, says she's already seen the film 10 times, and it's a constant reminder of who and what helped get her to this point in her life—in particular her mom, school college counselor, and step coach.

"For me, the film is about girls growing up in Baltimore and overcoming obstacles and challenges with their families," she says. "It's also about making the best out of what we've been given. Nothing is impossible if you have the support you need to chase your dreams."