Book review: 'The Prisoner in His Palace' 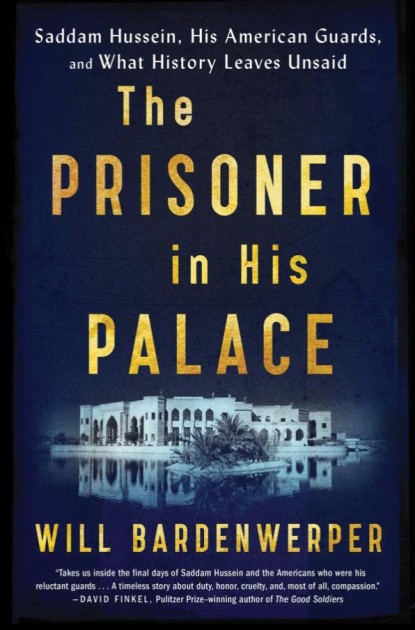 From August through December 30, 2006, 12 U.S. Army soldiers were deployed to Iraq with a special assignment: guard Saddam Hussein in the months leading up to his sentence and execution. Bardenwerper, A&S '10 (MA), tells the stories of these young men, many of whom enlisted after September 11, whose service involved sharing a charismatic dictator's last few months as he waited to be put to death. An Iraq and Afghanistan veteran himself, Bardenwerper captures the complicated impulses of men trained to fight an enemy they were now watching over, a process that gave them an unforgiving window into understanding what it's like to kill a human being you've reluctantly come to know. A rough go, and worth it.