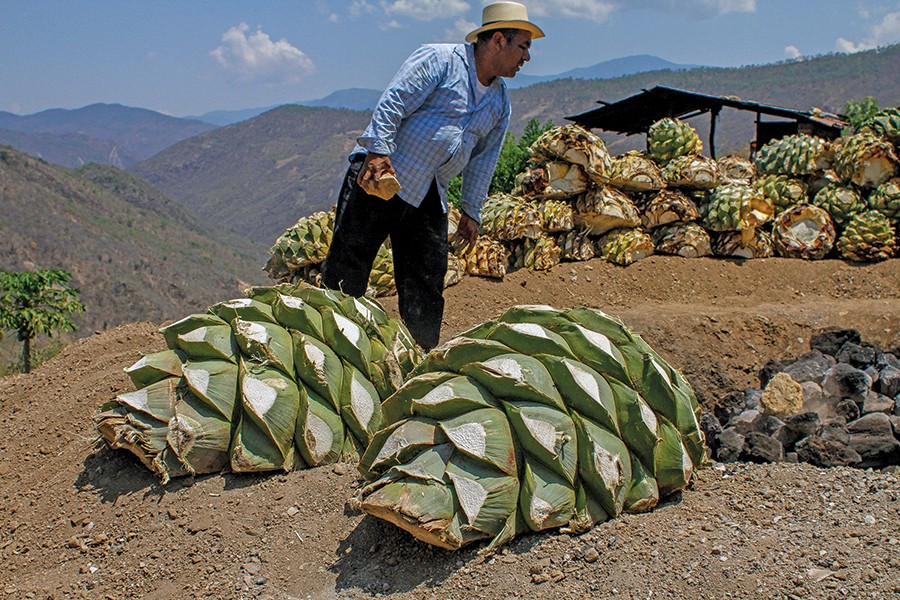 Granville Greene, A&S '85, followed a common route to mezcal: a cheap bottle of yellow-hued liquor passed among friends in college. "It was this gross-tasting spirit with the worm in it," he says. "Highly industrial, marketed as this macho drink for young men. I really had no idea that it could be anything other than that." Years later, the Writing Seminars alum happened upon a mispriced bottle of Del Maguey mezcal in a gourmet food and wine store near his home in Santa Fe, New Mexico. Something about the label caught his eye, and he bought the bottle.

"It was just completely different from anything I'd ever tasted, and I felt like it was telling me a story, but in an unfamiliar language," he says. "It made me curious to learn more about it and what it was." Its hold over Greene was so strong, he would go on to spend nearly a year researching mezcal in Mexico and visiting the indigenous communities where maestros mezcaleros—the craftsmen of tequila's parent drink—live and distill their spirits. His resulting travel narrative, The Mezcal Rush: Explorations in Agave Country (Counterpoint Press), dissects the "liquid language" of mezcal and, much like the spirit itself, tells a story of plants, people, and place.

To Greene, mezcal's flavor is important, but not in the way a critic might praise a drink's bold notes or complex flavor profile. He's far more interested in its ability to share a narrative of family, culture, geography, tradition, and innovation. "It's really a creative act and a summation of all these elements that went into it and innumerable creative decisions." As for those decisions, there's the obvious: the agave used. Tequila, a type of mezcal, is made from the blue agave A. tequilana that is usually steamed and distilled, but mezcal can be made from more than 30 varieties of agave, which are roasted in a firewood-heated pit oven, giving it its distinct smoky flavor. But there are more subtle questions. How long did the agave plant ripen? What type of still was used? Was there a papaya tree or chili pepper plant growing near enough for its airborne yeasts to make their way into the drink? 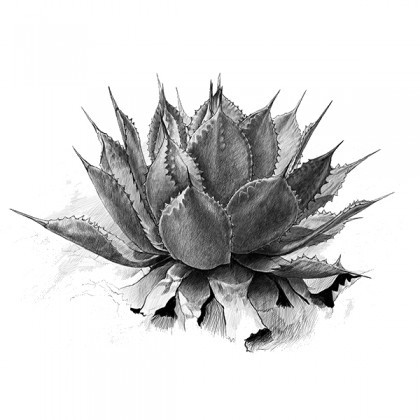 Image caption: A pencil sketch of an agave plant

Greene describes mezcal as a cultural commodity in Mexico, serving as the shared thread between births, christenings, first communions, weddings, and funerals. It's rubbed on the bodies of sick children, and it's used by Mexican artists to spur creativity. He likens mezcal's recent surge in U.S. popularity—where sales grew 30 percent from 2010 to 2015, compared to vodka's 15 percent—to the exploitation and appropriation of tobacco, used in Native American ceremonies and later turned into a cash crop. The indigenous peoples of Mexico's villages rarely see significant profits from mezcal's boom. The certification and export process is complicated and expensive, meaning maestros mezcaleros often must sell their goods to big brands for a few dollars per liter. Big Liquor reigns supreme, and it's now seeing the financial appeal of small, hand-crafted mezcals as a way to expand profits. In June, Pernod Ricard bought a majority stake in Del Maguey—the brand that first turned Greene onto the drink—and in February Bacardi invested in Ilegal Mezcal. "There's this huge yearning for authenticity," Greene says, "and big businesses have found a way to capitalize on that." Casamigos Tequila, co-owned by George Clooney, is intentionally branded with a rootsy label and typewriter font and was recently acquired by tequila company Diageo in a deal worth a potential $1 billion. "You can't really imagine somebody in a more powerful position. You can't imagine a small-time producer doing that."

There are exceptions, though not enough, Greene says. Toward the end of the book, he introduces entrepreneur Elisandro González Molina and his cousin, maestro mezcalero Edgar González Ramírez, the men behind the brand Tosba. They represent one of the few family-owned brands able to control every aspect of production, from bottling to marketing. "As empowered mezcaleros, Edgar and Elisandro were extremely rare—the 'unicorns' of mezcal," Greene writes. Not everyone can pack their bags for Oaxaca to become an informed consumer. But, Greene says, he's hopeful that the recent habit of inquiring about the production of coffee and chocolate will lead patrons to ask their bartender where their mezcal comes from. "If you can get to know the dude in your farmer's market who sells you onions, why can't you get to know who made your mezcal?" he asks. Maybe then, bottom-shelf booze won't be most Americans' introduction to mezcal.