For David and Sharon Mason, SAIS is part of the family 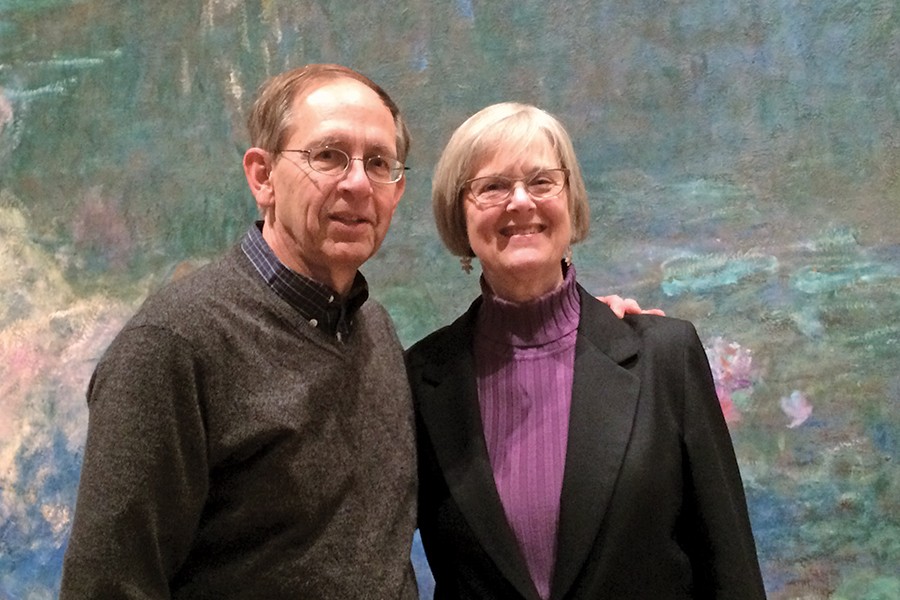 Image caption: David Mason first asked out his wife, Sharon, in a Russian class at SAIS

It took a nudge from his Russian teacher—actually more of a push—for David Mason, SAIS '70 (Cert), '71 (MA), to ask out Sharon Wood, SAIS '70 (Cert), '71 (MA), when they were classmates at the Bologna, Italy, campus of the Johns Hopkins University School of Advanced International Studies in 1969. It was obvious that David and Sharon, the only two students taking Russian at SAIS Europe that semester, were fond of each other. Since no one was making a move, the instructor told David to practice a Russian phrase on Sharon: Will you go on a date with me? She accepted in Russian, the date to the symphony went well, and David proposed several months later in Paris. Less than a year after that, they were married in Sharon's hometown of Pueblo, Colorado.

Their relationship almost didn't happen. "I needed that course, and they weren't going to offer it for one person," Sharon says. She knew that David was eligible for the upper-level course, so she made her pitch to him in a stairwell one day. "I saw this cute girl who wanted to take Russian," David says. "If it hadn't been for her, I would have taken Italian."

After a second SAIS year in Washington, D.C., Sharon and David received their degrees on Homewood campus. During the ceremony, David was introduced as the first second-generation SAIS graduate. His father, Richard Mason, SAIS '48 (MA), graduated five years after the school was co-founded by Christian Herter, a friend of Richard's father and the former secretary of state under President Dwight D. Eisenhower. A bit of prophecy accompanied Sharon when she received her degree: Someone joked she would be the mother of the first third-generation SAIS scholar, and that did happen when daughter Dana Mason Goodson was awarded her diploma in 2013.

David taught political science for three decades at Butler University. His most recent book is The End of the American Century. A devout Catholic, Sharon received a doctorate in divinity from the Christian Theological Seminary in Indianapolis and is ABD—all but dissertation—in Russian history. For many years she worked as a chaplain at a hospital in Indianapolis. Both retired in 2009. Along with daughters Melanie Macey (now running for the city commissioner job in Royal Oak, Michigan) and Dana, their sons-in-law, and five grandchildren, the Masons take an annual family vacation. Sharon believes their shared education and love of travel—from New Zealand to Scotland to many of the national parks in the U.S.—have kept the marriage strong for almost 50 years. "And he laughs at my jokes," says Sharon, to which David replies, "I'm an easy audience."