University trustee Chuck Clarvit is putting his money to work 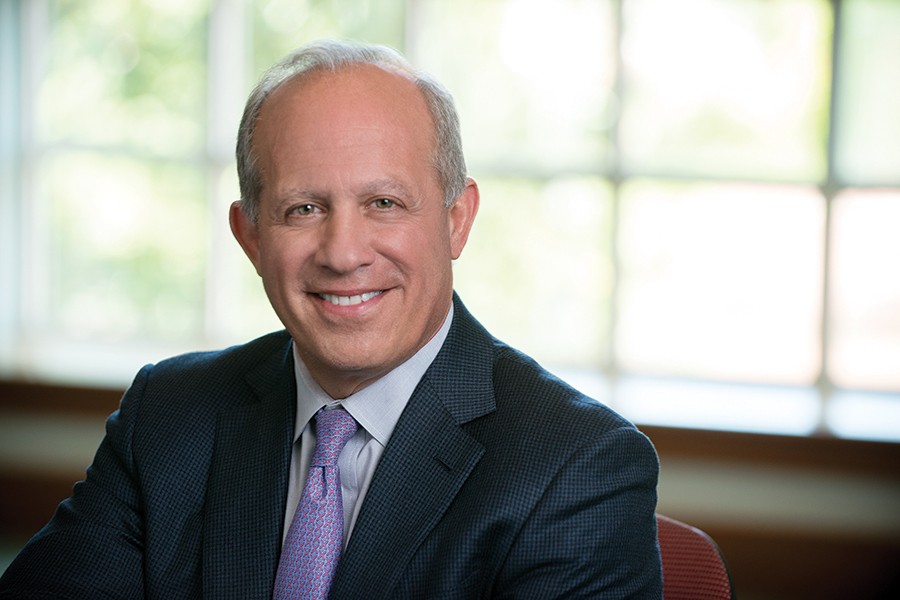 In the early aughts, Nicholas Papageorge worked for Teach for America, teaching fourth and fifth grade in two low-income New York City schools. Both schools were unsurprisingly underresourced—but what troubled Papageorge more were the low expectations many teachers had for their predominantly minority students. "I kept thinking, 'Many of these kids are bright and intelligent and curious. Why are we, as a society, throwing that human potential away?'" he says. The teachers' misguided assumptions never faded from his memory. After completing his master's degree and doctorate, Papageorge wanted to return to those issues, this time through a new lens: as an economist.

Soon after arriving at Johns Hopkins in 2011, he sought out sociologist Stefanie DeLuca, whose work in educational psychology and housing dovetails with his research interests. "My work tries to gain a better understanding of the social assumptions behind our policies, and how those assumptions fail when they intersect with daily life," explains DeLuca, author of Coming of Age in the Other America. "Research isn't interesting to me unless it has relevance in terms of the practices, policies, and public messages we can improve."

Clarvit has seen wealth consolidated in a small number of hands, but he hasn't seen those individuals or companies devote much of that wealth to solving some of the intractable problems in our society—including the ever-increasing gap between rich and poor.

University trustee Chuck Clarvit, A&S '78, a 40-year veteran of the wealth management and finance industries, wants to push forward that kind of research. Clarvit has seen tremendous pockets of wealth consolidated in a small number of hands, but he hasn't seen those individuals or companies devote much of that wealth to solving some of the intractable problems in our society—including the ever-increasing gap between rich and poor. "How do we fix things, without simply resorting to calling them 'Republican' or 'Democratic' problems? We need to find the root causes of those problems, then develop tools and mechanisms that can bring solutions," Clarvit says. He believes that establishing two professorships, which will support Papageorge's and DeLuca's work, is a good place to start. "Hopkins is the American institution, in my opinion, that can have the greatest impact on where America and the world are heading," Clarvit said in early June, when DeLuca received Clarvit's James Coleman Professorship and Papageorge received his Broadus Mitchell Assistant Professorship. At the installation ceremony for both professorships, President Ronald J. Daniels spoke of the significance of the professorships' names to Johns Hopkins, Baltimore, and the country. James Coleman's eponymous 1966 report for the federal Office of Education, a predecessor of the U.S. Department of Education, continues to be a definitive resource in understanding the importance of equal educational opportunities for minority youth. Broadus Mitchell, a historian and civil rights activist in Baltimore and throughout Maryland in the 1930s, resigned his post at Johns Hopkins when the institution refused to admit a black graduate student in 1938.

"The conversations that Mitchell and Coleman sparked about poverty, race, and education are ongoing and no less urgent for today's faculty. By integrating knowledge and experience, our faculty see a fuller picture and contribute their perspectives in ways that make the greatest impact," Daniels said.

Papageorge and DeLuca, for example, are studying why low-income teens in Baltimore City choose short-term institutions over four-year colleges, despite having the academic aptitude to enroll in the latter. Prevailing narratives suggest these teens aren't aware of the higher returns a college degree can bring, don't believe they can afford it, or they don't think they can succeed at a four-year institution. With support from a Johns Hopkins 21st Century Cities Initiative grant, Papageorge and DeLuca are testing an alternative hypothesis. "These students understand what a college degree could do for them, but they've faced so many shocks because of unstable homes in the past, the idea of finishing a four-year degree seems impossible," Papageorge says. Instead, he and DeLuca suggest, these teens often choose for-profit programs because they are shorter and more flexible. Although they know the long-term financial outlook isn't as promising as a degree's, they justify their decision because at least the certification provides something. If they start but drop out of college, they receive no benefit.

Papageorge and DeLuca plan to bring together large national data sets and in-depth interviews with teens to provide a fuller explanation for their higher-education decision making. What she and Papageorge learn, DeLuca says, could help redesign education programs—including restructuring scholarships and degree requirements—to allow these young people to realize their full potential in a way the current paradigm cannot.

In his many years serving on various Hopkins advisory boards, Clarvit says he's noticed that the most innovative research often comes not from experienced, tenured faculty but from young professors just starting their academic careers—and that's what motivated him to establish these professorships. "This is the sweet spot of putting money to work in people who have real vision and can provide ideas that can, potentially, change the world," he says.