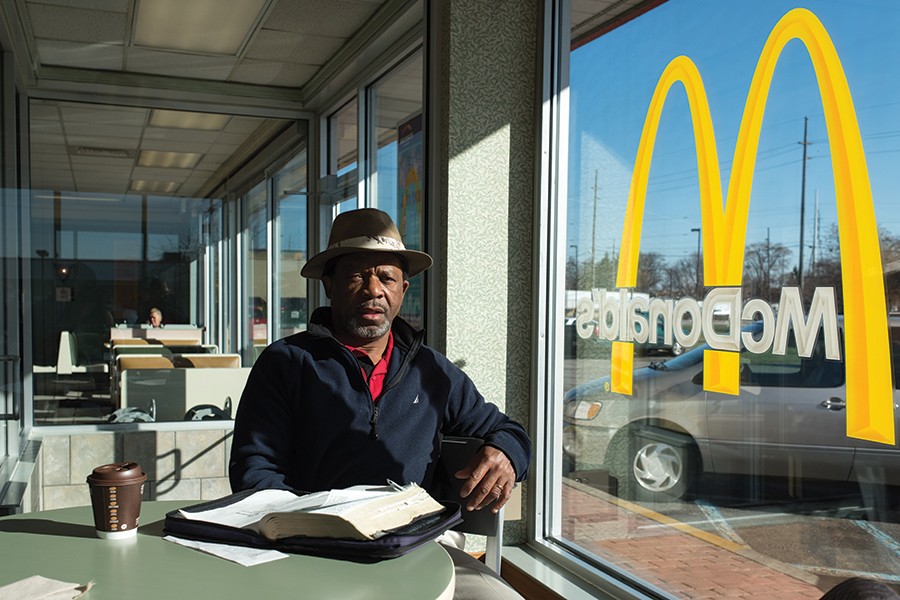 Image caption: Pride and Poverty: 62-year-old Clint reads the Bible in a McDonald's in Hammond, Indiana

Chris Arnade, A&S '94 (PhD), began hanging out in McDonald's when he started his Faces of Addiction portrait series of Bronx addicts in 2012. He would spend time with the people he photographed, often in the fast-food chain.

"I started using [McDonald's] the way they use it, as a place to escape the chaos of the streets," says Arnade, who in 2015 started crisscrossing the country by car to hit those small-town and rural areas overlooked by mainstream news coverage for a series for the Guardian, Pride and Poverty in America, which he's turning into a book due out in 2018.

McDonald's: You can sneer, but it's the glue that holds communities together

The man behind 'Faces of Addiction'

On the road, he pops into McDonald's, which he says have become de facto community centers where people gather for affordable coffee, free Wi-Fi, and camaraderie. He photographs the people he meets and posts them to Twitter, putting faces to flyover places. Photographed above is Clint, 62, in Hammond, Indiana. Clint was born in Yazoo City, Mississippi, came to Hammond in 1970, and was reading the Bible while waiting for the bowling alley across the street to open.