For most of the 1980s, Argye Hillis worked as a speech pathologist for victims of stroke and head injury who suffered aphasia, a disorder that impairs one's ability to express and understand words and speech. The condition, which varies in severity and type, generally leaves a person's intelligence intact. Memories stay healthy, as does the power to reason. Someone can observe a favorite flower and recall how it grew in his grandmother's backyard, but he can't find the word "rose" to name it, or in some instances make sense of the word in conversation or written on a page. In severe cases, an English professor's vocabulary could be reduced to a few dozen simple terms like "thing" and "want."

Painstakingly, Hillis would help re-establish connections so patients could regain lost levels of auditory processing and verbal expression. She enjoyed her work but grew increasingly frustrated with neurologists who offered her clients only a bleak prognosis. "They would say the person could improve language skills for three months up until a year after the event, but not to expect much more after that point," says Hillis, whose interest in neurology and language disorders was sparked by her own grandmother's severe neurologic disease and trouble speaking. "I didn't believe that. You can keep improving the rest of your life and regain lost words and abilities. I've seen it happen." This frustration drove Hillis, Med '95, to shift her focus from rehabilitation to research. Today, as a professor of neurology and director of the Cerebrovascular Division of Neurology at Johns Hopkins, Hillis focuses her clinical work on stroke recovery, in particular on how to improve the lives of those affected by aphasia. 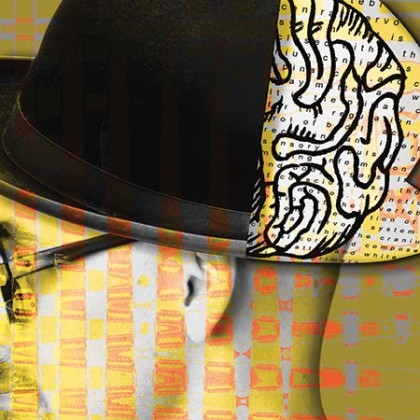 For decades, language therapy has been used to improve word retrieval, but with modest results. Therapists would read in tandem with a patient to help with pronunciation. Some advocated singing the words, with a gradual transition to normal speech. Therapists might also use early-reading picture books to show the difference between related words like "cat" and "dog" or "door" and "open." The recovery process is slow—months to several years—and requires a tremendous amount of dedication on the part of the patient. Currently, 25 percent of left hemisphere stroke victims with aphasia fully reclaim their language abilities. Fifty percent make some noticeable improvements, and 25 percent don't get better, and actually get worse, likely because of an avoidance of social interaction.

Hillis wants to give traditional therapy a jolt. Her new double-blind study, one of four major projects supported by the Center for the Study of Aphasia Recovery, uses electrical brain stimulation. One group of participants wears headgear that administers low-current, nonpainful doses of electricity, or transcranial direct current stimulation, for the first 20 minutes of language therapy. The other group is given a "sham," or placebo, current during its sessions. Hillis and her colleagues believe the tDCS will facilitate neuroplasticity, effectively making the undamaged parts of the brain take over for the damaged ones. Neurons already stimulated by the task, she says, are given a boost. The electrical stimulation coupled with therapy, she believes, will result in new pathways for the retrieval of words, essentially a detour around the language roadblock.

"Language is an incredibly complex network," Hillis says. "To find the name for a picture of a table, for example, requires the activation of most of our left hemisphere. In stroke and aphasia victims, the language is still in there; we just have to get in there a different way."

The Hillis-led team also wants to find out if improvements are sustained over time and affect other language and cognitive functions. To better understand this, they will use functional magnetic resonance imaging of the patients' brains to see which areas are trying to take over.

The results of her work may help optimize future interventions. The treatment, she hopes, could even be productive for those with primary progressive aphasia, a rare neurodegenerative disorder that over time robs people of the ability to write, read, speak, and comprehend, leaving them locked inside their own heads. Life expectancy for these individuals is eight to 10 years from onset. Hillis again prefers to be optimistic. The words are in there, and she's determined to help people unlock them.