The collision that made the moon 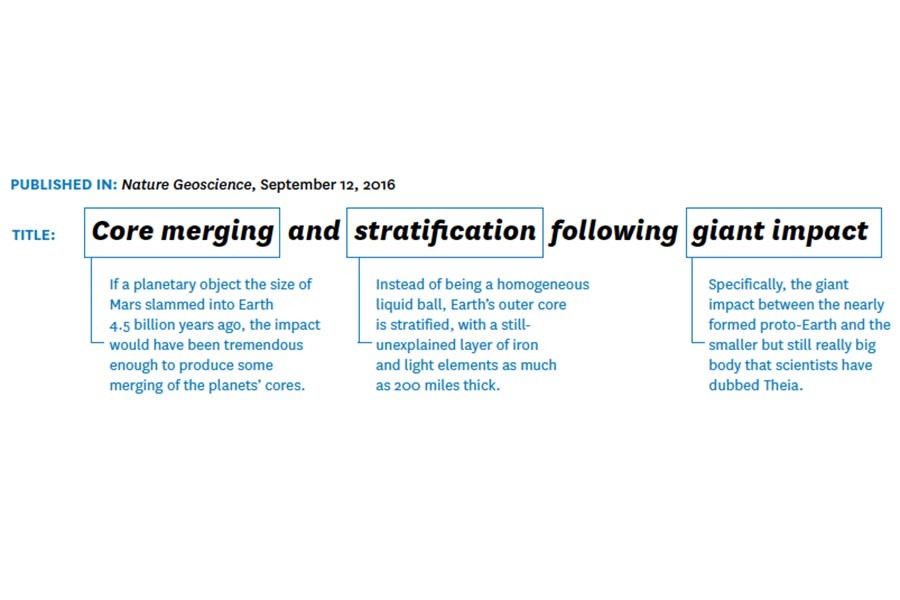 Scientists have long hypothesized that the moon formed when a massive object—something possibly as large as Mars—slammed into Earth about 4.5 billion years ago.

The collision, so the idea goes, would have thrown large chunks of Earth's crust into space, where gravity pulled the fragments together to form the moon. 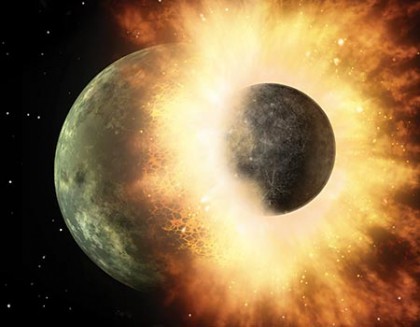 What's more, geomagnetic and seismic observations have suggested that Earth's liquid outer core has an unexplained stratified layer, about 200 miles thick, composed mostly of iron, oxygen, sulfur, and silicon. How did it get there? Why isn't the outer core a homogeneous molten ball surrounding the solid inner core?

Research led by Johns Hopkins scientists, including Peter Olson of the Department of Earth and Planetary Sciences, created a lab simulation that links the so-called high-impact hypothesis with the odd strata in the planet's outer core. To re-create a collision between two large planetary bodies of different sizes, the researchers repeatedly dropped a liquid "projectile," representing the core of the smaller body, into a target liquid that was a stand-in for proto-Earth, with a top layer of oil simulating Earth's magma and an aqueous bottom layer simulating the core. Observing the turbulence that ensued, they found that the impact created a layer in the target that was strikingly similar to the unexplained layer of the Earth's outer core. That means the enigmatic core layer of Earth could be a result of a collision 4.5 billion years ago that was big enough to form the moon. Wham.