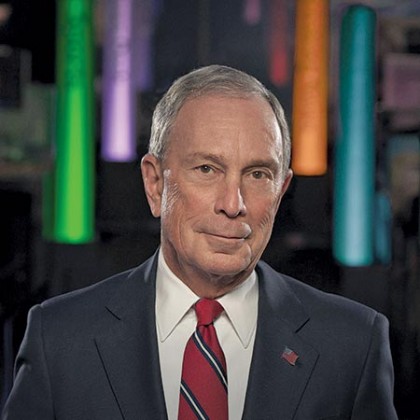 Bloomberg Philanthropies, founded by businessman and three-term New York City Mayor Michael R. Bloomberg, will give $300 million to the Bloomberg School of Public Health for an initiative aimed at helping to reshape the national public health agenda. The gift, which coincides with the school's 100th anniversary, will create the Bloomberg American Health Initiative, which will focus on five areas affecting public health: addiction and overdose, environmental challenges, obesity and the food system, risks to adolescent health, and violence.

"People are living longer lives than ever before in history, thanks in no small part to the pioneering public health work done at Johns Hopkins over the last century," Bloomberg says. "But we can and must do better, starting here in the U.S., where life expectancy is lagging behind much of the developed world. By spreading smart public health strategies that save lives and bringing people together to try new approaches, we can make the same strides in the 21st century against health threats like air pollution, gun violence, and obesity that we did in the 20th century against polio and other infectious diseases."

The Johns Hopkins School of Hygiene and Public Health was founded in 1916, making it the first independent graduate school of public health. In 2001, the school was renamed for Bloomberg in recognition of his financial support and commitment to the field of public health. With this new commitment, Bloomberg, Engr '64, who served as chairman of the university's board of trustees from 1996 to 2002, has given Johns Hopkins $1.5 billion in the 52 years since he graduated.

"Michael Bloomberg's commitment to this transformational initiative is testament to his vision that, as our nation's public health challenges have evolved, so too must our model of public health," says university President Ronald J. Daniels. "The Bloomberg American Health Initiative builds on Michael's visionary legacy at Johns Hopkins and sets the bar ever higher in the next 100 years to transform our national response to modern public health challenges."

Bloomberg's gift provides a $100 million endowment to fund 50 fellows each year to receive their Master of Public Health degrees; a $125 million endowment to fund faculty members and their research within the five focus areas outlined above, as well as to jump-start immediate research needs; and $75 million to establish scholarships for the new schoolwide Doctor of Public Health program and support a biennial public health summit.

The university recognizes the gift as a contribution to Rising to the Challenge: The Campaign for Johns Hopkins, an effort to raise $5 billion to support students, faculty, advances in research and clinical care, and interdisciplinary solutions to some of humanity's most important problems.