Soup with a soul 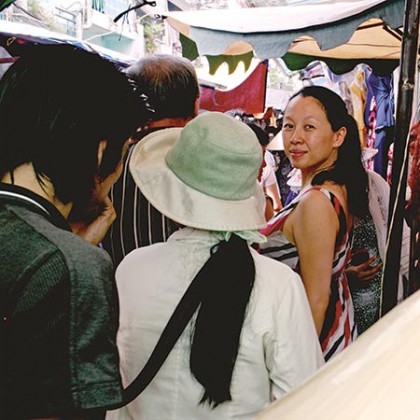 Growing up in small-town Wisconsin, Karen Cheng, A&S '94, maintained a steady diet of steak, cheeseburgers, corn, and onion rings. When her job in finance transferred her to Vietnam, she began eating pho—a popular noodle soup—from street vendors and was amazed by the depth of its flavor. When her job again transferred her, this time to Hong Kong in 2005, Cheng met Hanoi native Thao Nguyen while hiking north of Kowloon.

The women bonded over Asian food and soon decided to quit their jobs to start a business using a recipe from Nguyen's grandfather's diary. Their San Francisco–based Star Anise Foods, named after the spice that is a main ingredient in pho broth, sources most ingredients from Vietnamese farmers and, when possible, from companies managed by women. Cheng's hope is that Star Anise's vegan, organic, whole-grain noodle pho and spring roll wraps become as ubiquitous in America as spaghetti and meatballs.