Affinity Program brings alumni together based on shared interests 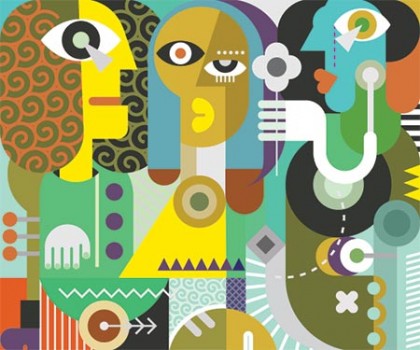 Phuong Tran, A&S '04, will admit it: He wasn't the most active alum. That is, until he learned about the Johns Hopkins Affinity Engagement Program at a reunion in 2012. Tran, who works in IT at the University of Maryland Medical System, started attending activities hosted by the health care and federal government groups, affinities that dovetail with his career. A year later, he got involved with JHU Pride, where he now volunteers as a committee member, and in 2015 he joined the Arts, Entertainment, Media and Entrepreneurship Affinity Group in Baltimore. "For a person like me who's not as practiced at networking, it's a more focused way to connect with other alums, and it gives me a more immediate sense of community," he says. "I like being involved in a lot of affinities because I have a lot of interests, and it's more encapsulated than, say, a happy hour for all alums."

The Affinity Program brings alumni together for events based on shared interests or professional backgrounds. It launched in 2011 with three groups—women in business, federal government, and entrepreneurship—and five years in has exploded to more than 29 groups for everything from aerospace to law to outdoor explorations, as well as identity-based groups such as JHU Pride and a Latino/Hispanic group. Events range from the cerebral to the recreational, including film screenings, rock-climbing adventures, and panel discussions. Affinity Program staff plan to increase the use of technology—live streaming events, for example—so alumni can participate online regardless of geography.

Elena Thompson, senior associate director of Affinity Engagement, says that in addition to traditional reunions and regional groups, alumni want tailored programming. "We're moving as a culture toward more individualized consumption," she explains. "People want to focus their busy lives on events and activities that are relevant to them."

Attending programs where he can learn new things reminds Tran of his years on campus. He likes that the events are intimate and casual. "It's very loose and low-key," he says.

Groups are volunteer-driven with support from Affinity Program staff and the Alumni Association. The Johns Hopkins program is distinct because groups emerge organically from interests expressed by alumni and are open to everyone, including students, parents, and friends. Best of all, the diversity of groups ensures there's something for everyone, no matter where their interests lie.

"Alumni are multifaceted," says Thompson. "Just because you majored in engineering and went on to design rockets doesn't mean you aren't interested in a talk on stem cell research. People's interests are broader than what they do for work or what they studied."