BSO's Marin Alsop talks about fun in the concert hall 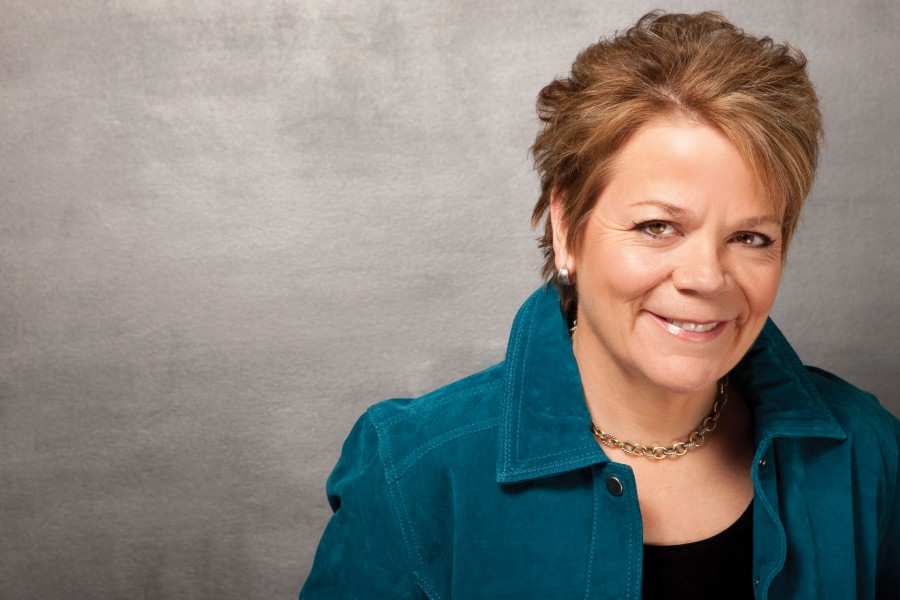 The 11th edition of Encyclopædia Britannica, under its entry for "applause," notes: "The reverential spirit which abolished applause in church has tended to spread to the theatre and the concert-room." And while it's true that a performance by a modern symphony orchestra usually is not a raucous, rollicking experience, that does not mean fun has been banished from the concert hall. Marin Alsop, director of Peabody Conservatory's graduate conducting program and the music director of the Baltimore Symphony Orchestra, has given this a lot of thought:

There are different kinds of fun, right? You're talking about, on the one hand, the experience of the audience and what they perceive as fun, and how the symphony orchestra has kind of gotten away from a looseness and a casual sense of fun.

We weren't there in Beethoven's time, when everyone was yelling out from the audience and clapping whenever they wanted to. But it was a time when, for audiences, part of their education involved learning about music, learning about composition. So they came to a concert with a very deep knowledge of the process of composing, which we don't really have today. It was a much more opinionated experience, I think. When they liked something, they just started clapping. I think it was Beethoven's Seventh Symphony—they really liked the second movement, which was a funeral march, ironically, and they clapped so much the orchestra did it again.

I've actually had this experience a few times, in particular with percussion pieces by our own Chris Rouse from Baltimore. I did his Ogoun Badagris and Ku-Ka-Ilimoku. I played them in Paris with the Orchestre de Paris, and the audience loved the pieces so much and clapped so much, I had to play them both twice. That was very cool. And I've had the experience of playing encores twice. Those are the really great moments, when the audience doesn't want it to end.

I have a project called Too Hot to Handel, which is a gospel version of Handel's Messiah, and we often have to reprise the Hallelujah chorus several times because people just don't want to leave. They're dancing. I think part of what we're talking about is engagement. In the 1700s and 1800s, the audience was more engaged because of their knowledge base. I think when audiences feel engaged in that way, they have more fun and they want more. They're really enjoying the experience.

We try, here at the BSO, to kind of maximize that whenever we can. For example, we're doing a later-night series called "Pulse," where the BSO is teamed up with local independent music groups. So we do a few pieces together, and the orchestra plays some really out-of-the-box stuff, Philip Glass and things like this. People can bring their drinks into the hall, and you can come and go if you want. If you want to go grab a beer and come back in, you can. That's proven to be really fun. And it's sold out.

Of course, all art isn't about fun, but a lot of it is, and I think if it's either fun or emotionally charged, if it takes you on some kind of emotional journey, you can have the same interaction as if it's super-fun, so that a Mahler symphony can become a journey for the listener. Through our "Off the Cuff" series, where I take the pieces apart and put them back together, we've tried to re-create that atmosphere of ownership in the audience, similar to what we were talking about in the 1800s and late 1700s. If people know more about why this was written, how it was written, they'll feel much more connected to the piece and thereby have a heightened listening experience. That series has proved to be really successful, too.

I had a swing band for 20 years, called String Fever. This was in … gosh … 1982 to 2002? A long time ago. We played in jazz clubs in New York, before classical musicians ever played in jazz clubs. I think having done that really informed how I think about the performance experience. You know, the first time, I had all my notes and I was going to tell them about all the songs, and then I realized it has to be much more of an interactive kind of experience. I try to bring that to the concert hall. It's hard with 2,400 or 2,500 people to have that experience, but I think we have done it, probably more than other orchestras because our orchestra is more outwardly emotive than many. They're willing to move and be engaged and try new things. I think here in Baltimore we have the chance to really change the landscape of that experience.

"Fun" doesn't imply a superficial level of enjoyment. I think real fun can be extremely emotional and rewarding. I mean real fun, where you're really present. I think sometimes we do a disservice to what fun is. It's not necessarily jokes. I think it has many guises. For the musicians, if I can attempt to speak for them, I sense that they have fun whenever they're engaged. It's the same as for the audience, that's what's interesting. When we have a full house that's into what we're doing, the musicians are having fun.

I think there are certain pieces that they always enjoy playing, but they love playing something new, discovering something new, whether it's a contemporary piece or a work by a well-known composer that we haven't played before. It's fun because it's all-new.

For me, it's exactly the same. When I'm conducting an orchestra that is committed and engaged and willing to give, and when I have an audience that's willing to go on the journey, I think it's the same for all three parties.