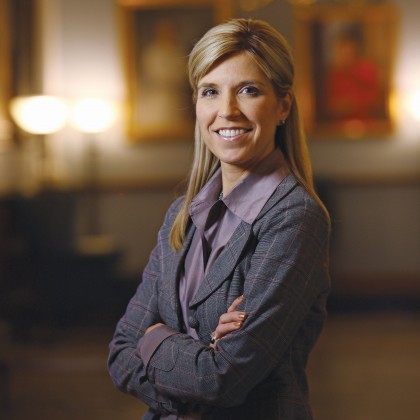 She will succeed current president Ronald R. Peterson, becoming the hospital's 11th president and the first woman to hold the post since the hospital was founded in 1889. Miller was chosen following an extensive national search co-led by Peterson and Paul B. Rothman, dean of the medical faculty, vice president for medicine of Johns Hopkins University, and CEO of Johns Hopkins Medicine.

Peterson announced to employees in January that he would relinquish his role as president and maintain his titles as president of the health system and executive vice president of Johns Hopkins Medicine. He served concurrently in all three roles for nearly 20 years.

"Over the next few years we contemplate the need for the next president to oversee significant patient care redesign within the hospital and our outpatient clinics, and the introduction of precision medicine centers of excellence, for which the hospital will serve as the living laboratory," Peterson wrote in a message to the Johns Hopkins community. "Redonda will surely help propel Johns Hopkins Medicine and our historic Johns Hopkins Hospital into a profoundly bright future to better serve our mission, our patients, and our community."

Miller first came to Johns Hopkins as a medical student and completed her internship and residency in internal medicine at Johns Hopkins Hospital. She served as an assistant chief of service in 1996 and the following year joined the School of Medicine faculty as an assistant professor of medicine. She distinguished herself as a collaborator, with great success in developing councils and committees to bring people and ideas together, and to address challenges and solve problems. Miller earned her MBA from the Johns Hopkins Carey Business School—then known as the School of Professional Studies in Business and Education—in 2004. In 2006, she was promoted to associate professor.

During her tenure, Miller has served in a number of positions, including as associate program director of the Osler Medical Residency Training Program, assistant dean for student affairs for the School of Medicine, and vice chair of clinical operations for the Department of Medicine. A passionate advocate for women's health, she has also been a featured speaker at conferences and grand rounds around the country.

Miller, 49, is married to physician Albert Polito, a pulmonologist who directs the Lung Center at Mercy Medical Center. They have two daughters: Francesca, 11, and Bianca, 7.