Johns Hopkins celebrated its 2016 universitywide Commencement on May 18 in a climate-controlled venue. For the first time, the ceremony was held at Royal Farms Arena in downtown Baltimore. 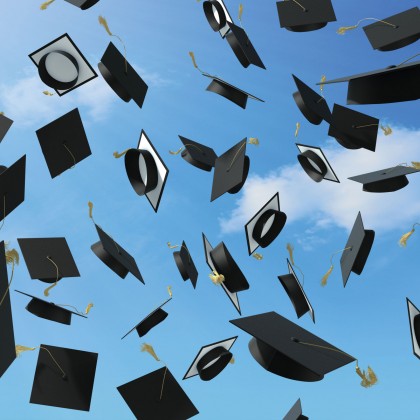 Filmmaker Spike Lee, whose works include Do the Right Thing and Jungle Fever, addressed the graduates while receiving his own honorary doctorate of humane letters. A writer, director, actor, producer, author, educator, and entrepreneur, Lee often addresses issues of race, equality, gang violence, and gun control in his films.

"More than 25 years since the release of his groundbreaking Do the Right Thing, Spike Lee's films continue to resonate from the stoops of Bed-Stuy to the classrooms of Johns Hopkins," says Johns Hopkins President Ronald J. Daniels. "On screen and off, as a filmmaker and educator, Spike Lee challenges all of us to confront the pressing questions of equality and justice that shape our country."