Do drug treatment centers bring more crime to a neighborhood? 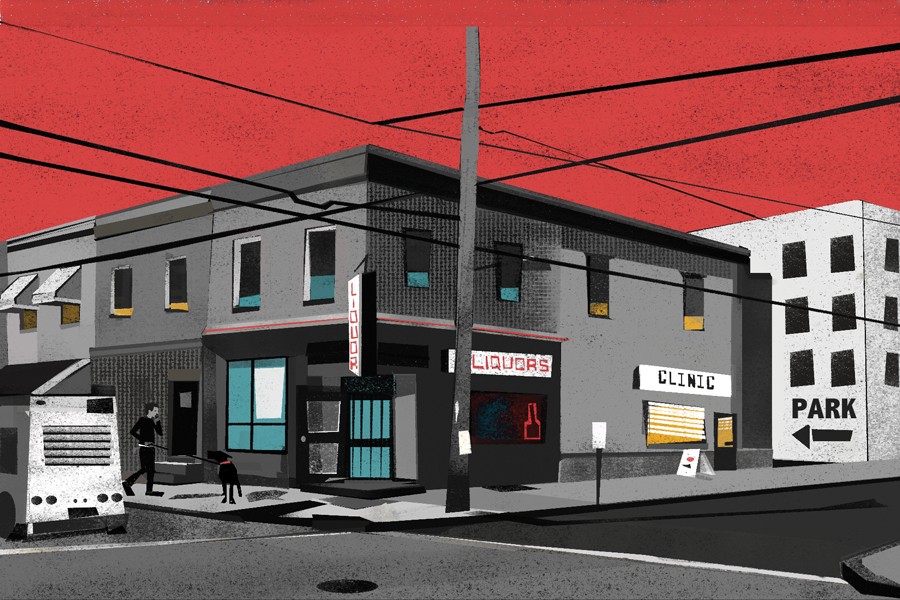 Denizens of urban neighborhoods often resist certain additions to the community: commercial enterprises like bars or dance clubs, group homes, subsidized housing developments, halfway houses. The phenomenon is common enough to merit an acronym—NIMBY, for "not in my backyard."

Situating a drug treatment center—a DTC, in public health parlance—in a neighborhood is a particularly unpopular move, even in communities where the need is most acute. People with drug problems need a place to obtain methadone and other treatment services. But neighborhoods fear that any facility that attracts addicts will also attract crime to places already dealing with too much urban violence. Debra Furr-Holden, A&S '96, SPH '99 (PhD), an associate professor in the Bloomberg School of Public Health's Department of Mental Health, led a recent study, published in the Journal of Studies on Alcohol and Drugs, that analyzed Baltimore crime statistics in the vicinities of various establishments, including DTCs. The data reveal that community members should be more worried about liquor stores than drug treatment centers.

Urban residents are right to be concerned about safety, property values, noise and traffic, and unpleasant behavior on the street, all of which reduce the quality of their lives. Everyone worries about those things, wherever they live. Research has shown that facilities designed to serve special populations such as people with mental health issues, insecure housing, or drug abuse problems often are stigmatized and disdained. Frequently the main concern is crime—for example, that a DTC will bring with it an increase in violent crimes such as homicides and violent assaults.

Furr-Holden and her co-authors obtained data on violent crimes—defined as homicide, manslaughter, rape, aggravated assault, and robbery—from the Baltimore City Police Department's Uniform Crime Report and plotted more than 9,000 of those crimes on a map. Then, for each of 53 public DTCs located in the city, they tabulated violent crimes committed within 1,400 feet of each center. They did the same for liquor stores, convenience stores, and corner stores. (The key distinction between the last two was ownership: convenience stores are chain operations, while corner stores are independent mom-and-pop shops.) When they calculated the mean number of violent crimes for each type of establishment, they found that roughly the same number of crimes were committed near convenience stores as near DTCs. But the data reveal that 38 percent more violent crimes were committed near liquor stores, and 31 percent more near corner stores.

The standard public anxiety about a DTC attracting crime to the neighborhood is not borne out by the data. Crimes tend to cluster around any sort of public establishment because stores, clinics, etc., draw people to the streets and crime happens where there are concentrations of people. But according to these research results, you are significantly more likely to encounter violent crime near a liquor or corner store than a DTC, and neighborhoods often recruit the former (especially corner food stores) while trying to discourage the latter.

"Drug treatment centers are a public health need; they are as necessary as urgent care centers and emergency departments," says Furr-Holden. "Our research shows that DTCs do not impact communities any more than other commercial businesses. Moving forward, communities should work with researchers, policymakers, and DTCs to have an honest dialogue regarding placement of this needed resource."