I was excited to see your article on Dr. Edin's groundbreaking book $2.00 a Day: Living on Almost Nothing in America ["The End of the End of the Line," Winter 2015]. I greatly admire her work and Johns Hopkins is rightly proud of her for her scholarship and compassion for the most vulnerable among us. I see many such people in my work at Johns Hopkins as well and am gratified that their struggles are finally being recognized by the mainstream media. You can imagine, then, my horror at your use of the word "junkies" in that article. That derogatory term for a person who uses drugs has no more place in the discussion than terms like "retard" or "fat pig," which I am certain Johns Hopkins Magazine would never use. Indeed, the juxtaposition of that word in an article about how desperate and complex are the lives of the extreme poor borders on absurd and makes me question whether you truly understood the points Dr. Edin was trying to make. 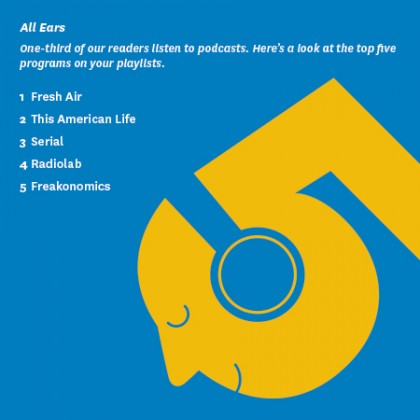 As a Hopkins-educated liberal, yet realist, I am tired of reading stories of people trapped in poverty, poor housing, unemployment, less than fully legal hustling, and so on. Let me clarify. I'm tired of people with lots of kids asking for sympathy, handouts, and programs that reward them for having lots of kids. Victims of rape aside, every man and woman in this country has access to cheap or free birth control. Every couple has the option of putting a child up for adoption. Every problem in both "The End of the End of the Line" and "Knocking the Neoliberal Hustle," both in the Winter 2015 issue, is exacerbated by having more than one (in some cases any) child to care for. I'm tired of reading sob stories about trying to feed a family of six kids, all under 18, on a single mom's minimum wage income. I think Johns Hopkins does little to address this very real problem since it is such a liberal institution that to even hint at asking the poor/working poor/rich to stop having babies would cause a riot situation. All problems on Earth can be decreased, if not eliminated, by a zero population growth personal policy. I don't care what China did or will do as a matter of national procreation policy; I'm asking Baltimore to stop making so many babies. People who have exceeded their ability to provide proper care and feeding of their offspring are numerous in Maryland, but it has to start somewhere, sometime. The planet, taxpayers, liberals, conservatives, atheists, and even Catholics will be better off in the long run.

In the article "The End of the End of the Line" [Winter 2015], Dale Keiger does not conclude much more than, "There seems to be little public support for a retooling of the welfare system sufficient to help the extreme poor." The article summarizes "itinerant scholar of the poor" Kathryn Edin's generous and important work that shows 4 million Americans live in poverty on less than $2 per day. There must be more to conclude and learn from Ms. Edin's work. It would be more valuable to reach for a conclusion about why such poverty flourishes in America, how it comes to be, and what might be done about it. Like any social or political issue, citizens and politicians must have the real will to solve the problem. Apparently, they do not have such a will, and that begs a bigger question: Why not? It's because most people and government officials cannot muster enough compassion and humanity to put the welfare of their neighbors on a footing equal to their own. People must learn to—or evolve to the point where they can—overcome their own bitterness, selfishness, and ambition. America would be a more stable, compassionate country if its citizens gave of themselves to continually help their countrymen all the time.

I don't know what to make of Ron Daniels' mea culpa [Message, Winter 2015]. Does he honestly believe that there is institutional racism at Hopkins? I submit that institutionalized racism is an imaginary enemy, that, as Bret Stephens wrote in The Wall Street Journal, "somehow we are supposed to believe that the same college administrators who have made a religion of diversity are really the second coming of Strom Thurmond." To think that spending $20 million on courses in Africana studies or Swahili will make a difference is laughable. As long as there are racial differences among men, there will be individual acts of racial discrimination—which should be condemned. But to the extent that these craven administrators kowtow to the manu­factured indignation of unruly protesters, they demonstrate not the "courage and vision" that Daniels cites, but cowardice and spinelessness. When Halloween costumes (pirates with dreadlocks, white women with sombreros and mustaches) provoke suspensions and firings because of imagined racial slights, political correctness has truly gone awry.