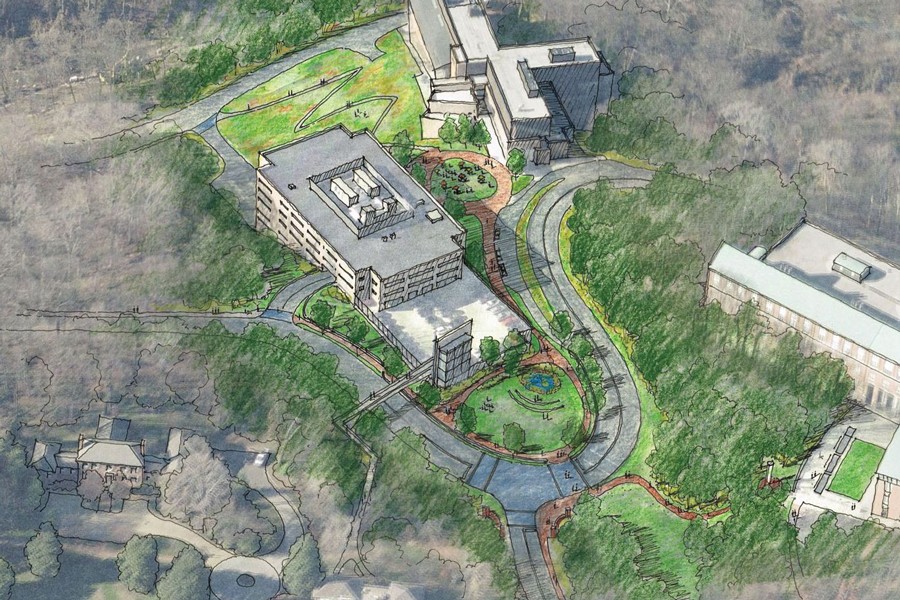 After a one-year delay, Johns Hopkins University is moving forward with a yearlong, $15 million project to improve San Martin Drive, the scenic, tree-lined road that winds around the back of the university's Homewood campus. The university first announced plans to upgrade the 0.9-mile thoroughfare in early 2015. The goal was to make San Martin even more attractive and, especially, to make it safer for pedestrians, runners, bicyclists, and drivers. Construction is now expected to conclude in April 2017.

The project was delayed after neighbors in the Remington Avenue area voiced concerns about the impact of losing roughly 30 on-street parking spaces. The Johns Hopkins offices of Facilities and Real Estate and Government and Community Affairs worked with the community to address the lost parking and other issues, such as lighting, snow removal, security, and a redesigned new gateway providing a better transition between the neighborhood and the campus. Learn about the improvements at ts.jhu.edu/sanmartindrive.