What tiny mollusks in Antarctica can tell us about ocean acidification 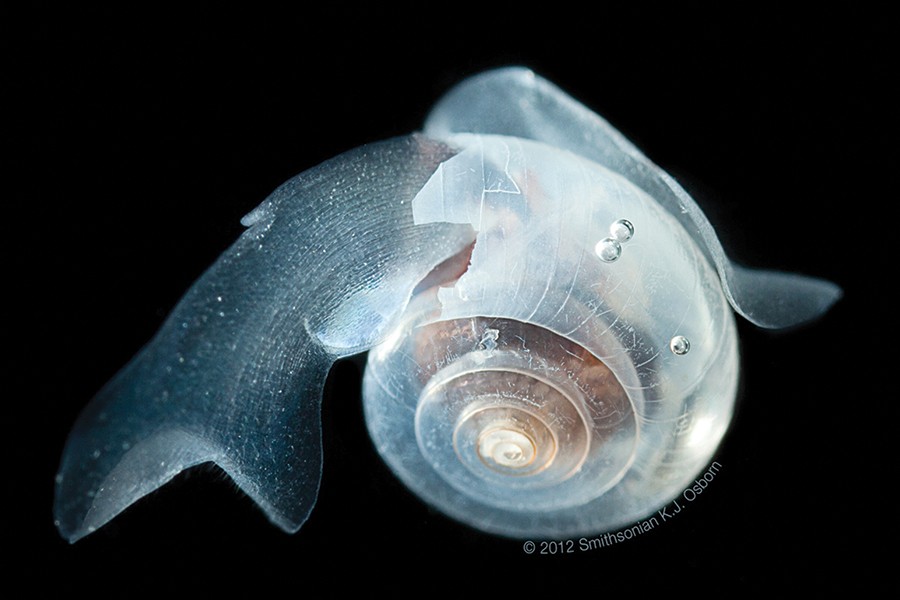 In the middle of the night, bundled up to protect against below-freezing temperatures, Johns Hopkins researcher Rajat Mittal dropped a large net into the dark ocean near the Antarctic Circle. He and his research team were collecting tiny mollusks called sea butterflies, which move closer to the water's surface at night. Studying the pteropods, they believed, could tell them something about the effects of ocean acidification.

Ranging in size from 1 to 3 milli­meters, sea butterflies live in the Earth's polar oceans. Using clear, winglike appendages, they travel up and down columns of water in wobbly trajectories, finding mates and consuming microscopic algae as they go. The changing chemistry of the oceans has begun to cause them problems, however. The sea absorbs a quarter of the carbon dioxide released into the atmosphere as we burn fossil fuels, a process that has caused the water's acidity to rise rapidly—by 30 percent over the last two centuries (the fastest known change in the last 50 million years). As a result, sea butterflies' calcium carbonate shells have begun to erode, altering their centers of mass and affecting their ability to swim. "They've been called the sentinels of ocean acidification," Mittal says. "These animals are absolutely the canaries in the coal mine."

A professor of mechanical engineering at the Whiting School, Mittal is studying the mechanics of the animal's swimming motion because its ability to swim, which has a huge impact on its survival, is directly affected by the acidification of the ocean. Once Mittal and his team, which includes oceanographer Jeannette Yen from the Georgia Institute of Technology, collected enough sea butterflies from the Antarctic waters, they took them to a lab at Palmer Station, a U.S.-run research station on Anvers Island in Antarctica's Palmer Archipelago. There, the scientists shot from multiple angles high-speed, high-resolution videos of the creatures swimming. Then, using Maya—three-dimensional animation software that has been used to create animated films such as Shrek—Mittal produced an animated model that will help build a baseline understanding of the sea butterfly's locomotion. He will later apply simulation software to the model to show how the snails will likely move as the pH of the ocean continues to decrease.

Ultimately, Mittal hopes to learn more about the sea butterfly's ability to survive in the acidifying water. He notes that the destruction of the sea butterfly has the potential to shake up the entire marine food web. As a form of plankton, the organisms constitute a primary food source for a number of larger creatures, including seabirds, marine mammals, salmon, and krill. "They cannot evolve fast enough to survive the loss of the shell," Mittal says. And since sea butterfly shells sink to the seafloor and release carbonate after the organisms die, their disappearance would further alter the chemical cycle of the ocean. Ocean acidification has not been discussed nearly as much as climate change, but, says Mittal, "its impact is probably going to be as much, if not more, than the heating of the atmosphere. The more visibility that can be brought to this, the better." 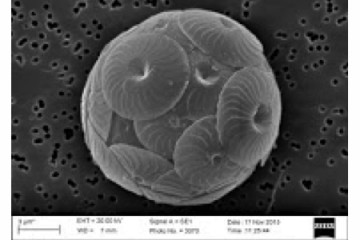