Book Review: 'The Cook Up: A Crack Rock Memoir'

A two-tone gold bracelet is all it took for D. Watkins to realize his older brother was the lifeless body underneath the sheet. This death occurs a few pages into The Cook Up: A Crack Rock Memoir (Grand Central), and it is a galvanizing event in Watkins' young life. His debut memoir chronicles the years following that murder, as Watkins moves from disaffected undergraduate to reluctant drug dealer, from running his own drug crew to being a bar owner, and, finally, to a young man wanting to find out what being an older man is like. The Cook Up is Watkins' poignant story of becoming a writer. 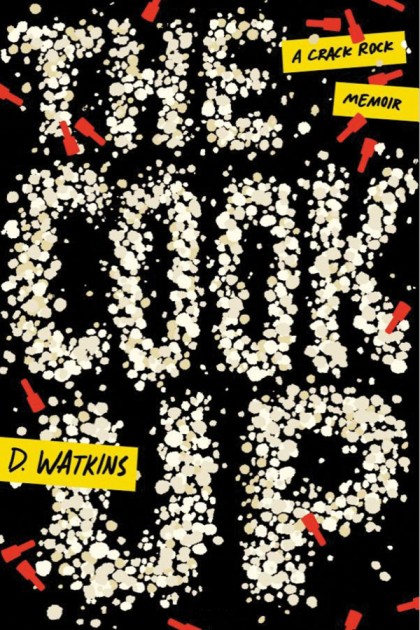 Watkins, Ed '11 (MEd), has mined his life experiences ever since a February 2014 Salon article-gone-viral catapulted him to fame. I read a version of this story when writing about him for a 2014 Johns Hopkins Magazine profile; our conversations frequently veered into Watkins alluding to the revisions he was making because he still hadn't found what he was looking to say on the page.

It is easy to see why The Cook Up has earned an enthusiastic review in The New York Times, cracked the paper's "Crime and Punishment" best-seller list, and was named by O, The Oprah Magazine as one of 2016's best summer reads. It's a vivid tale of growing up young and black in inner-city America and eventually finding a way out of street life.

The Cook Up's greatest achievement is the confidence and control Watkins displays in every paragraph of his kinetic and concise prose.

He's honed his story to a gripping, streamlined, consciousness-awaking journey to adulthood. Toward the book's end, he laments that too many friends' and family members' life stories reduce to being Johns Hopkins Hospital–born and Baltimore City Public Schools–educated, only to "end with being called home to Christ" too young. He confesses it's one of his biggest fears—"not dying, but dying with the same story as everyone else." The Cook Up shows he's made giant steps toward writing his own path.