100 years of ROTC on the Johns Hopkins campus

Johns Hopkins University became one of the first campuses to establish a Reserve Officers Training Corps with the passage of the National Defense Act of 1916. Since then, ROTC at Johns Hopkins has witnessed the doughboys of the First World War, the dark days of Vietnam, on through the near constant wars of 21st-century America.

While a newly minted military officer may not be what most think of when conjuring a Johns Hopkins student, some 2,600 commissions have been awarded by the university's ROTC program over the past 100 years. Blue Jay patriots who went through the program include musician and former Starbucks executive Paula Boggs, A&S '81, and retired Brigadier General Ferdinand Irizarry II, A&S '79, both of whom will be on campus for centennial celebrations in late September. 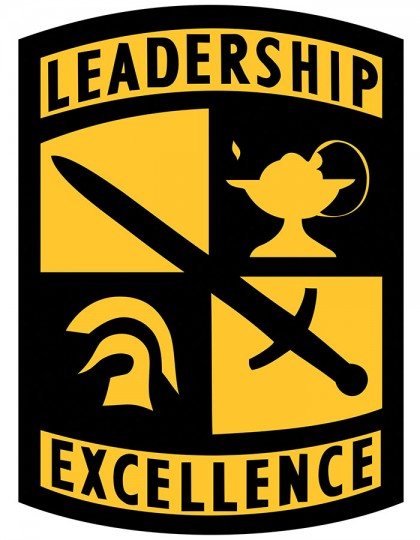 For some, ROTC is perhaps the only path by which to rise above modest circumstances and enroll in a university. Cadets on scholarship are eligible for subsidized (often free) tuition or room and board. All cadets receive a living stipend. In exchange, they are required to take Army leadership classes at military bases and must complete eight years of service with the Army.

"No bathing suits or beaches [during spring break] for us; scrapes and bruises instead of suntans," says Dorothea Cypher-Erickson, A&S '79, with pride. Who needs to go to the beach when you can trudge through the forest with your fellow ROTC cadets in fatigues with a rifle?

"I probably had more challenges and camaraderie on field exercises than other kids," says Cypher-Erickson, a retired foreign service Army colonel who trained with Irizarry as a squad mate. She remembers "carrying our M-16s, getting rained on, and crawling through the brush. If you were lucky, you were able to get some sleep wrapped up in your poncho."

Irizarry and other ROTC alumni will gather at the Glass Pavilion in Levering Hall on September 30 for a reception honoring Boggs. Festivities continue the next afternoon with tailgating at the Blue Jays football game against Juniata. At half-time, the Hopkins ROTC Color Guard will perform a Pershing Rifle demonstration. Before the game, cadets will rappel the game ball down a tower near the stadium and present it to game officials.

"Getting an ROTC scholarship to Johns Hopkins meant getting a nearly full ride to a top-tier school," says Irizarry. "ROTC was my fraternity, and it forced us to interact completely with adults—professors on one side and Vietnam veterans on the other," Irizarry says. "We relished the intellectual, philosophical, and practical tension."