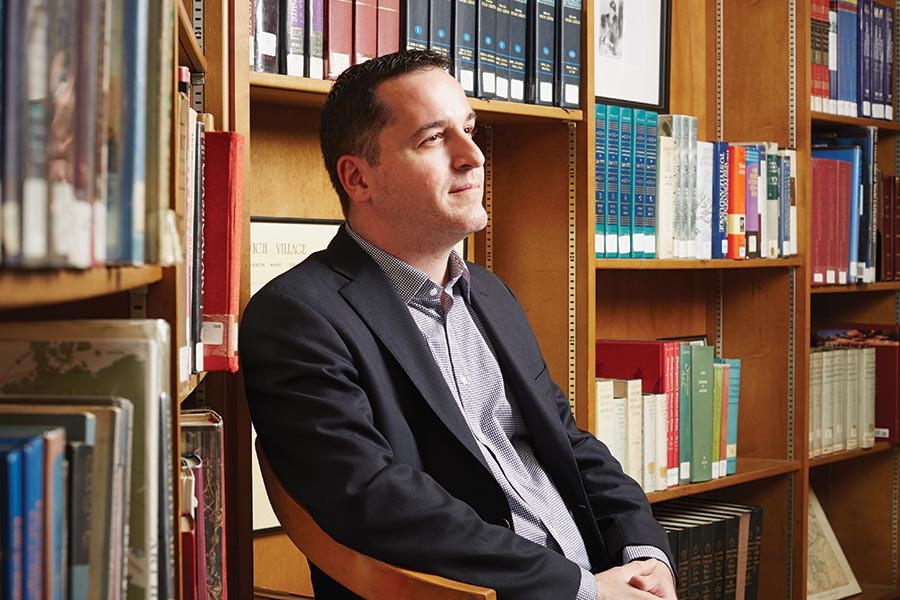 Dean Radcliffe-Lynes is an Emmy Award–winning television and video producer who, at age 64, feels her career transitioning. "Doing what I've been doing has been getting harder," she says. "Folks I've worked with have passed away, and it's been a struggle trying to create projects and get them funded on my own." But Radcliffe-Lynes has a story she wants to tell. Through her work with nonprofits such as Out for Justice, which advocates for the rights of individuals re-entering their communities after prison and for which she produced public service announcements, she became interested in re-entry issues. She wants to tell the stories of female former inmates in the Baltimore area—the struggle to regain custody of children from foster care, for example, or to find housing in a system that lacks a halfway house for women—in a feature-length documentary.

Thanks to a $1 million gift from the Saul Zaentz Charitable Foundation, she and film and media artists like her have the opportunity to bring their stories to life on screen. Saul Zaentz, who died in 2014, was the Academy Award–winning producer behind One Flew Over the Cuckoo's Nest, Amadeus, and The English Patient. In December 2015, his namesake foundation established the Saul Zaentz Innovation Fund in Film & Media at Johns Hopkins, a pilot program that funds several initiatives, the centerpiece of which is the Bold Voices, New Paradigms Incubator.

The term "incubator" is most often associated with technology startups, a place where young businesses get not only office space but also access to investors and business professionals. "The idea of an incubator is to bring together people with good or interesting ideas and help them create teams to further their companies," says Roberto Busó-García, director of both the fund and the Master of Arts in Film and Media program. "We're going to do that, but with audio/visual art projects." The inaugural class of 22 fellows, selected in the spring for a total of 18 projects, attended workshops at an intensive April weekend of brainstorming with peers and high-profile industry experts before being matched with mentors. When the fellows complete the program, they are eligible to apply for development and production capital through the fund.

Marvin Garbis, Engr '58, a U.S. federal judge, became a director of the Saul Zaentz Charitable Foundation in 2015. Garbis was an attorney for Saul Zaentz and his company in the 1970s until his judicial appointment and was instrumental in the foundation's donation. "Saul Zaentz was an innovator, producing movies that only he could visualize. The Innovation Fund provides a perfect memorial to him," says Garbis. "The foundation hopes—indeed expects—that the fund will spark film and media creativity at Hopkins and in Baltimore, in the Saul Zaentz tradition."

The incubator connects fellows to industry professionals who can help them technically and artistically hone their projects, according to Busó-García. This gives diverse local artists access to an industry that, as recent fallout over the lack of diversity at the Academy Awards underscores, still has high barriers to entry.

The incubator connects fellows to industry professionals who can help them technically and artistically hone their projects, according to Busó-García. This gives diverse local artists access to an industry that, as recent fallout over the lack of diversity at the Academy Awards underscores, still has high barriers to entry. The incubator is inspired by programs at the Sundance Institute and Tribeca Film Institute, which create and run initiatives to discover and develop emerging projects and artists. The Johns Hopkins program is unique, however, because while the program is open to anyone—students, alumni, and local residents—the work must be produced in Baltimore City. "We're a Baltimore-based, Hopkins-based fund, and Johns Hopkins is very interested in helping Baltimore," says Busó-García. "This is a way for Hopkins to have a hand in supporting and growing the film industry in Baltimore, and by doing so, to have a real economic and social impact in the community."

Radcliffe-Lynes, for example, was connected with two mentors: Rahdi Taylor, director of the Sundance Documentary Fund, and two-time Emmy Award–winning documentary producer Marilyn Ness. After years as a producer-for-hire, Radcliffe-Lynes says she didn't have much experience successfully raising money and then marketing and distributing a film, skills the fund and her mentors helped her learn. "They've been a wealth of information and wisdom, especially in terms of how to present the film to funders," she states.

The Saul Zaentz Innovation Fund in Film and Media arrives at a key moment in the evolution of multimedia studies at Johns Hopkins. The master's degree program is just 1 year old; the 18,000-square-foot JHU/MICA Film Center opened last fall. Busó-García says it is an exciting time for film and media at the university, and the Saul Zaentz Charitable Foundation sensed that energy. The fund aspires to be instrumental in building a sustainable industry for multimedia production in Baltimore City. "If you have a culture and a group of people and an infrastructure for developing projects in Baltimore, those projects will get made here," says Busó-García. "Let's think and dream here and we will help bring the resources and the infrastructure to keep it here."