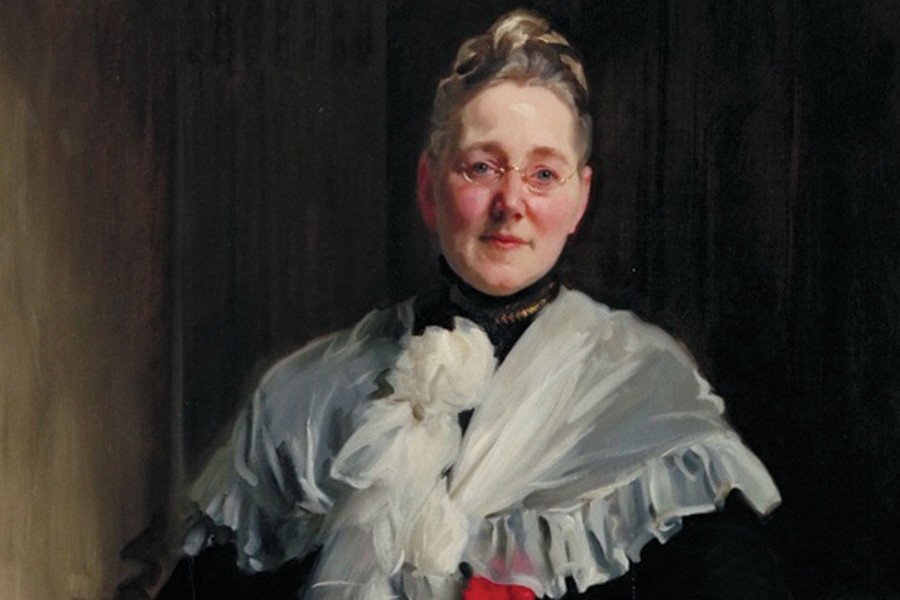 Credit: Courtesy of the Alan Mason Chesney Medical Archives of the JHMI

It all goes back to Mary Elizabeth Garrett. In the early 1890s, the suffragist and heir to the B&O Railroad fortune contributed an ample portion of the funds needed to create the Johns Hopkins School of Medicine. But her gift came with conditions: The new school would have to admit women on equal terms as men and reward them equally to men on their merits. "She started something I don't think she foresaw the impact of," said Janice Clements, vice dean for faculty at today's School of Medicine. Clements spoke in October to a room filled with women who had gathered to celebrate the school's benchmark achievement this year of hiring more than 200 tenured female professors since its 1893 opening.

The professors who spoke at the celebration, hosted by the Office of Women in Science and Medicine, shared stories of setbacks that arose because of their gender. But the women also spoke of the progress made in recent decades. Susan Michaelis, a professor of cell biology, joined the staff in 1988. At the time, "there were 19 tenured female faculty members in the history of [the School of Medicine]," she said. Today, that number has risen to 214 tenured female professors, with a notable increase beginning around the year 2000.

Paul B. Rothman, CEO of Johns Hopkins Medicine and dean of the medical faculty, spoke of recent marks of progress. The School of Medicine sees gender parity in admissions, is nearing gender parity at the assistant professor level, and 41 percent of faculty in the basic science departments are women.

But, Michaelis said, "we still have a long way to go," noting that of the 590 tenured faculty at the School of Medicine currently, just 22 percent are women.