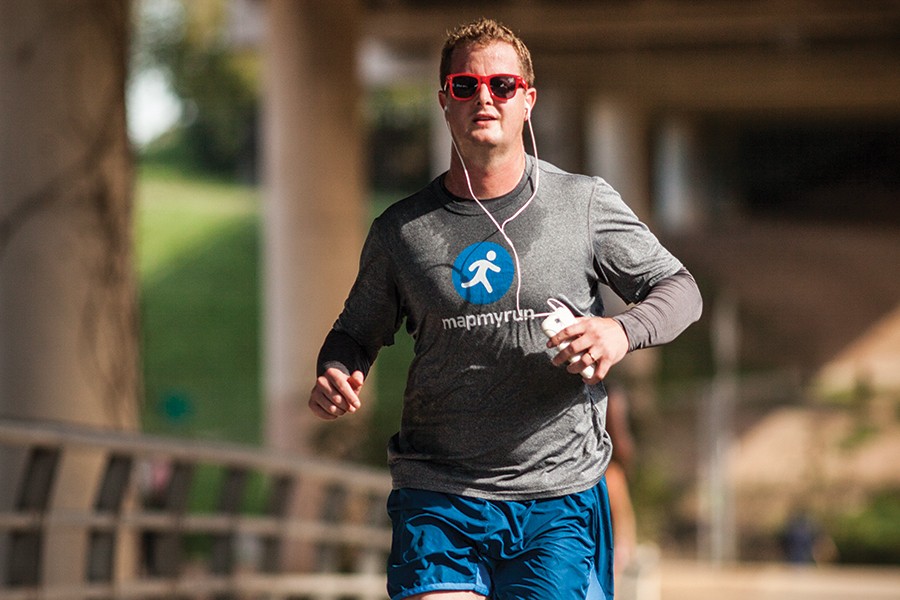 Ten years ago, Kevin Callahan, Engr '99, was a newbie marathoner struggling to create training runs of specific mileage. Most runners just drove around the neighborhood using the odometer to map out runs, but Callahan didn't own a car. Instead, he coded a rudimentary website employing the then new Google Maps to calculate run distances. What began as a hobby became a calling. In 2005, he co-founded what would become the MapMyFitness suite of apps and websites to help people track and quantify their workouts using GPS. He sold it in 2014 to sports apparel giant Under Armour for $150 million. Now Callahan is chief operating officer of Maggie Louise Confections, a luxury chocolate brand based in Austin, Texas, named after its founder, his chocolatier wife. The sweet wares, sold primarily in high-end gift boxes, were recently named one of Oprah Winfrey's "Favorite Things," and the couple just inked a deal to make an exclusive chocolate collection for Saks Fifth Avenue.

You lived in nearly a dozen countries growing up. How has this had an impact on your business career?

My father was in the State Department, and I spent most of my early childhood in the Middle East, and then Asia, and finally in Africa. I gained a valuable global perspective on the spectrum of human experiences and was able to see how others live and what they value. But I've always had an entrepreneurial bent. In boarding school in Swaziland I would take advantage of the fact that I could get American candy sent through the State Department mail system, which I would sell in the dorm. I didn't make a lot of money—you can mark up a candy bar only so much—but it was my first real business experience and I made a lot of friends.

Did you bring your entrepreneurial bent to Hopkins, too?

When I came to campus in 1996 the dot-com boom was in full swing, and my friends and I thought up the idea for an online food delivery service. We would approach local restaurants and get their menus online. So if you were a Hopkins student who really wanted Chinese food at 1 in the morning, you'd be able to find a Chinese restaurant and order directly from them online. The only issue was that it was 1997. Most restaurants didn't know what online meant or even have email.

MapMyFitness was formed out of your trying to fulfill a need, not as a business venture. Is that your M.O.?

The whole time that I was creating it, in the back of my head, I'm trying to work on all these different business ideas, trying to find the next big thing. I ended up just creating a running tool because I had a problem I needed to solve for myself, not because I did a market research report and discovered the world needs this brand-new tool. I started using it weekly with a team I was training with, and they started using it and sharing it with their friends. All of a sudden I was like, "Wow, I think I have something here."

How did you grow it from there?

I was lucky. A user of the site reached out to me. He had written a piece of software that could download data from a Garmin GPS device to the Web. He and I partnered to incorporate this into what was then called MapMyRun. Then we met another entrepreneur working on a similar concept around cycling. The three of us joined together, and we raised about $250,000 from investors to develop it further.

What do you see as a key to your success?

We knew that mobile phones and then social media would be the next two big things, and we wanted to be the first fitness tracking system to utilize them. It really helped that we had been doing our Web-based tools for so many years and we could leverage all that learning when going into the mobile space.

What was it like to sell off this booming business you built from scratch?

There was nothing bittersweet about it. The way we structured the deal, everyone in the company got a check. I couldn't be more proud of the fact that, yeah, the acquisition was life-changing for myself, but it was also life-changing for a lot of people.

From fitness software to chocolate. How did that happen?

My Harvard Law–educated wife supported me and MapMyFitness as the breadwinner when we were scraping through the startup phase. Once it began to really take off, she retired from law, went to culinary school, and fell in love with chocolate. She realized there was an unfilled niche for this amazing chocolate product—colorful and delicate chocolates that are not just another box of brown balls. I was ready to work with her to build this company.

Do you have to run more now to work off all that chocolate?

My joke is that I started working in the chocolate business about 20 pounds ago. At MapMyFitness, I worked like a beast, but we always had lunchtime running groups or morning cycling groups. Now I'm working like a beast again, but I was turning into a roly-poly chocolatier. I've started waking up at 5 a.m. to run or walk and listen to podcasts to start my day. I've lost about 10 pounds already.