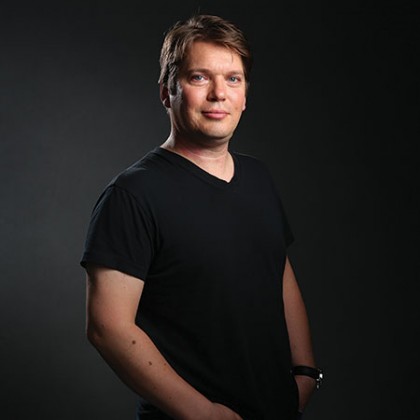 As a freelance music mixer, Lawrence Manchester, Peab '94, '95, loves that each project requires stepping into a different mindset. For the film The Last Five Years, he turned snippets of performances that were filmed in many takes on busy New York City streets into complete and fluid songs. At his regular gig as the music mixer for The Tonight Show Starring Jimmy Fallon, he works in more controlled environments. Manchester, who studied percussion and recording arts and sciences at Johns Hopkins, balances the vocals and instruments for songs ranging from an energetic medley of duets with Fallon and Kelly Clarkson to an intimate dressing room performance of Hozier's "Take Me to Church." "A good music mixer needs to be able to hear what the potential is for a piece of recorded music [that] is still in its very raw form, and then shape it into what he or she imagines it to be," he says.