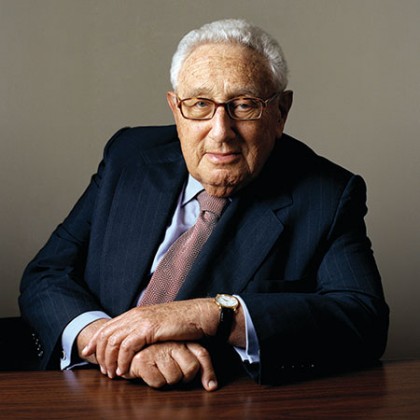 The new Henry A. Kissinger Center for Global Affairs will be located at the university's Paul H. Nitze School of Advanced International Studies in Washington, D.C. It will specialize in long-term strategic analysis and in the disciplined application of historical lessons to contemporary international problems. The center, which will include at least 10 distinguished scholars in international affairs, will also serve as a focal point for scholarship and public debate on international affairs and policy.

"There is a need for an approach in international relations education that transcends the narrow confines of short-run policymaking," says President Ronald J. Daniels. "The Kissinger Center is created to address that need. The rigorous theoretical research at the center will instill a deep sense of intellectual inquiry in the minds of all those who engage with the subjects at hand, including the most vexing international issues of our time."

"The challenges of today's world demand fresh thinking and new ideas based on historical perception, knowledge, and sound analysis," says Kissinger, who served as national security adviser and secretary of state in the Nixon and Ford administrations. "The School of Advanced International Studies at Johns Hopkins is uniquely positioned to tackle such challenges with a combination of contextual studies in economics, religion, and regional and cultural history with practical diplomacy."