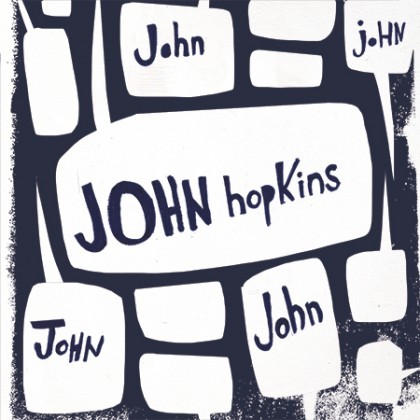 It was my first day at a New York City megabank, and I had a sit-down with the master of the universe.

All the analysts would meet him at one time or another over the course of our two-week orientation. I was merely the first and, to be clear, those who were more blasphemy-conscious than myself may have called this gentleman a god. A piece in the puzzle of pinstriped hegemony that makes the Wall Street world go round, but not the undisputed Almighty. Well, to me, on that day, in that office that was larger than most middle-class American homes, there was no one but him. He was the ultimate. He knew all. He had won all the games we mortals knew how to play. Until he asked me where I went to college.

"God, you hath forsaken me," I thought, as the walls of his magnificent oaken kingdom crashed down around me, rare coins and finely polished doubloons bursting from his chest as he exploded in a cloud of French-cuffed philistinism.

How could someone so accomplished say what he said? Do what he did?

Many people had mispronounced my school's name before—my uncle from Orlando, my stepdad. The university bookstore even sold T-shirts making fun of the dolts who refused to remember that all-important consonant. "Johnsssssss Hopkins," the silly garments read and I laughed and laughed and laughed. "I should buy that shirt for my uncle from Orlando," I thought. "Or my stepdad."

The joke was over now. The laughter had stopped. Frankly, I wasn't sure if I'd ever laugh again (and five years later, I still haven't). Did he not hear me say Johns Hopkins?!

I stared into the shine of his forehead and realized: This man wasn't God. He was the devil. He forgot the damn S. Or, maybe worse, he never knew he needed it at all. To this day and till the day I die, my greatest regret will be that I failed to correct him.

I left banking soon after, but what happened that day will be with me forever—a cold reminder that outside the walls of Homewood there lurk perpetrators of this one unforgivable trespass. Be vigilant, Blue Jays. There are demons among us.

Luke Kelly-Clyne, A&S '10, is a writer and director living in Los Angeles. More of his work can be found at LukeKellyClyne.com.