A tour of Hong Kong from alumni 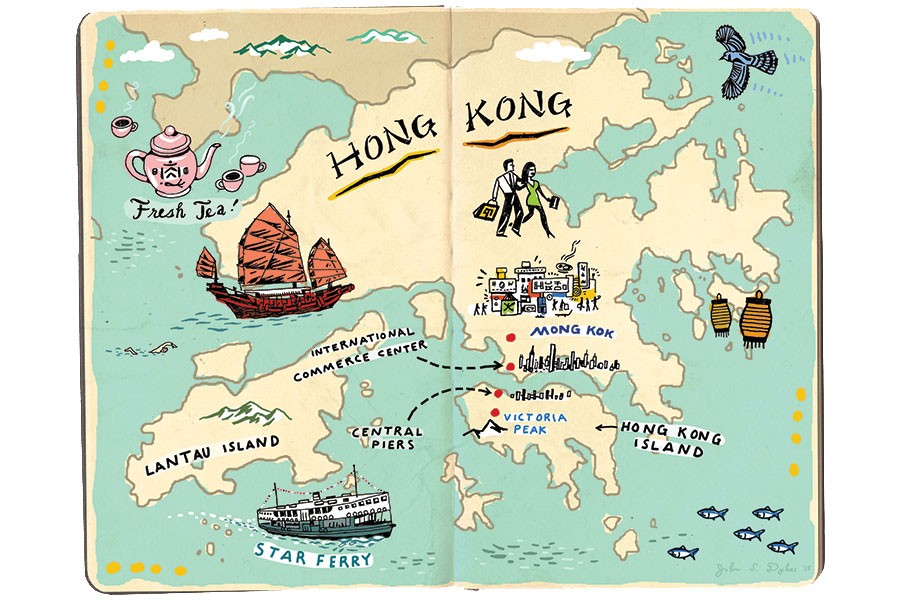 A quasi city-state experiencing an evolving and at times turbulent relationship with mainland China, Hong Kong nevertheless remains atop the list of the most visited cities by international tourists.

"I love Hong Kong's energy—it's a city that always has something going on, be it the dynamic skyscrapers that decorate the skyline or the bustling markets of Mong Kok," says Chelsea Borchers, A&S '08.

Borchers, who works as a merchandising account manager, is one of more than 200 alums who make up the burgeoning Johns Hopkins Hong Kong alumni chapter. Members of the four-year-old club meet for activities that range from dinner and drinks to volunteering at college fairs. Chapter president Victor Hip Wo Yeung, A&S '01, a Hong Kong native and urologist, lives in nearby Kowloon. Both he and Borchers find the sheer number of inhabitants in Hong Kong to be a bit overwhelming, but they offer these tips for travelers who want to brave the crowds and see the best of the city.

Hong Kong is famous for its high-rises, like the International Commerce Centre and International Finance Centre. For one of the best views of these spectacular edifices, Borchers says to gaze skyward from the city's waterfront Central Piers.

Perhaps the greatest way to see this celebrated skyline, however, is from the water. For a bargain $2.50, catch a ride on the Star Ferry at night for the best view of the harbor. Borchers also recommends sailing on a junk, a traditional Chinese boat with sails that expand and collapse like fans. "The boat goes to a scenic location around Hong Kong Island or Sai Kung in Kowloon and anchors near a beach so you can swim the day away," she says.

Dry off and head back to land by nightfall to experience the Temple Street Night Market. It boasts great people watching and stalls brimming with all sorts of goods, from teapots to grilled squid. At the end of the block, fortunetellers offer their predictions in impeccable English.

For those looking to escape the urban jungle, a surprising number of hiking trails dot Hong Kong's less-developed areas. Borchers and Yeung say one of the most popular hikes is up Old Peak Road to the top of Victoria Peak, Hong Kong's tallest mountain. Take the subway to Central Station, then hop on the escalators—part of the longest outdoor escalator system in the world—to reach the trail. 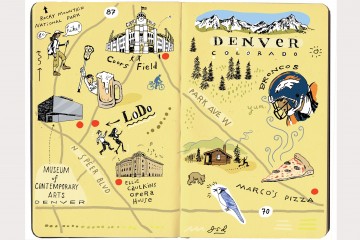