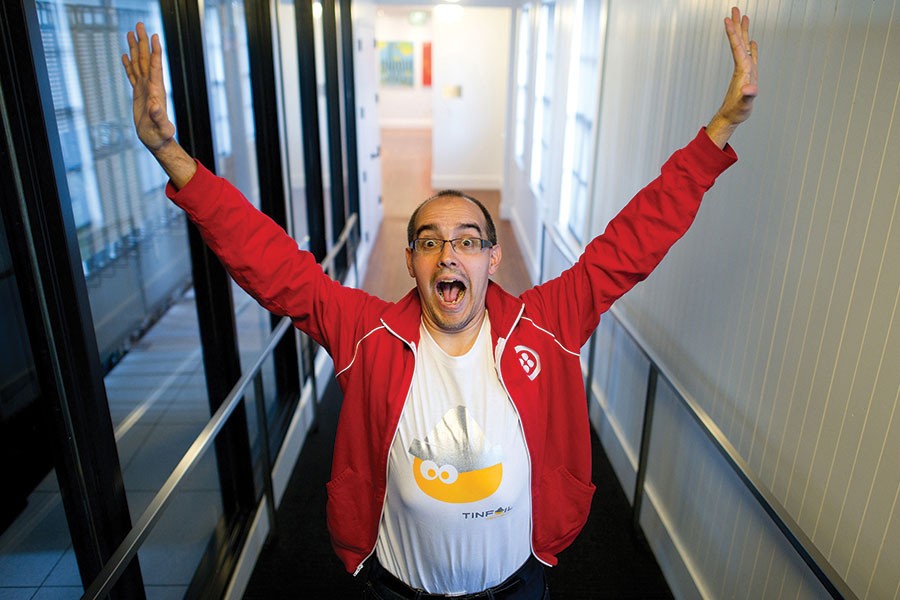 Dave McClure, Engr '88, admits he wasn't always the best student at Johns Hopkins. He says he spent more time playing Ultimate Frisbee and pool than studying. But by his late 20s, he managed to become a decent programmer and even stumbled into running his own consulting firm. Today, McClure is a founding partner of 500 Startups, a Silicon Valley venture capital firm and startup accelerator that boasts about 1,000 investments to date. He has backed power hitters like Credit Karma credit tracker, Twilio cloud communications platform, and Mint.com budgeting service.

What inspired you to launch 500 Startups?

I tell people I had to start my own business because I probably couldn't get a venture capital job at another company. I've had a long and challenging road in Silicon Valley. It took 10 to 20 years to figure out what the hell I was doing—how to run a startup and how to make good investments. But along the way, I got experience as an entrepreneur, an engineer, and eventually an angel investor.

I felt like I had some expertise to offer other people and hopefully help them figure it out a little faster than I did. I had a lot of different ideas to help startups, not just financially but with customer acquisition and marketing. And since I had both an engineering and marketing background, a lot of entrepreneurs felt I could speak their language.

Gradually, I started thinking that I could put together a small fund for 500 Startups.

I made about 13 personal investments between 2008 and 2010. Most of the time, the investments didn't work out, but a few worked out really well. Three out of the 13 ended up getting acquired for more than $100 million. If you think, "Only one of 20 companies will be successful," then you want to have at least 20 investments or more. We started investing early and often.

500 Startups is a different kind of VC firm. We run an accelerator program. We invest at the seed stage. We invest internationally. We build community, run conferences and events, and produce media and content about the startup world.

What has been the biggest surprise since launching 500 Startups?

That our strategy looks like it's actually working. Initially when we started, and still to this day, we had a lot of critics to our approach. They called us "spray and pray" investors, and they didn't agree with our accelerator model. Who knows? They might be right. But we've been fortunate over the last five years that 500 Startups is playing out somewhat according to strategy.

What makes for a can't-miss pitch?

It's pretty basic. We're looking for functional products, early customer usage, and, in some cases, a stream of revenue already. We tend to jump in a little earlier than others. Usually we're not just looking for a good idea but evidence of a successful product that people are actually looking for.

What ruins a pitch every time?

When founders talk a lot about the idea but not about how customers are using it or why they need to use it. Often, people will talk too much about the future of the product and not what they've already accomplished. I'm more interested when an entrepreneur talks in the past tense than future.

What's the oddest experience you've had with an entrepreneur?

One or two years ago, we had a startup whose founders had some really interesting stuff come back on their background check. One of the founders had a DUI, another had an arrest for marijuana usage, and another had changed names a couple of times. We did the investment anyway, and the company's doing pretty well actually.

What are the big mistakes you see entrepreneurs make when just starting out?

Surprisingly, entrepreneurs have been getting a lot smarter over the years. Historically, their challenges were spending too much money and time on a product before getting it out. But we're seeing improved outcomes in that area. We like to see companies shipping product regularly and getting early iterations out the door. Hopefully, they're not in their own heads too much and thinking of what to build instead of working with customers to find what they like and what they need.

Are there any investments that you regret?

It's usually the companies that I don't invest in that I end up regretting. I very famously passed on Uber, which turned out to be a multimillion-dollar mistake. I had the opportunity to invest in them years ago. I still have the email somewhere that they sent me. I thought it was too expensive and they weren't serious enough about it. I was really, really wrong.

Investing in companies and having them not work is the default. We're not surprised when we make a bad investment. That's pretty standard. But most investors face what they call FOMO—fear of missing out. Most of us are worried about overlooking or saying no to something that will be big later. It results in us making more stupid decisions sometimes. It's almost an irrational fear. You're never going to get every deal. But it hurts even more when you realize you missed one of the best investment opportunities in the last 10 years.