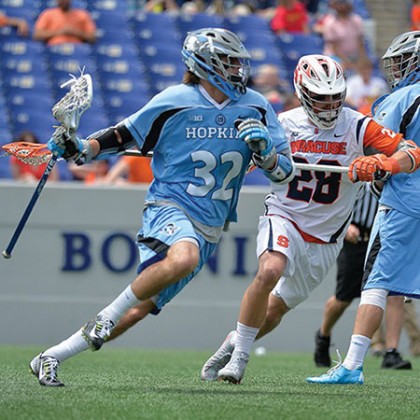 In post-season play, baseball went deep into the NCAA Mid-Atlantic regional tournament before losing to Alvernia University, 8-1. Men's tennis advanced to the NCAA national quarterfinals before losing to Claremont-Mudd-Scripps, while women's tennis earned a spot in the NCAA Sweet Sixteen before bowing out to Amherst. The biggest success was men's lacrosse, which at press time had reeled off seven straight wins to earn a spot in the NCAA Final Four. In the first two rounds of the national tournament, the Jays overwhelmed Virginia, 19-7, then won a thriller against Syracuse, 16-15.