Forthcoming book addresses disparities between the ruling and the ruled 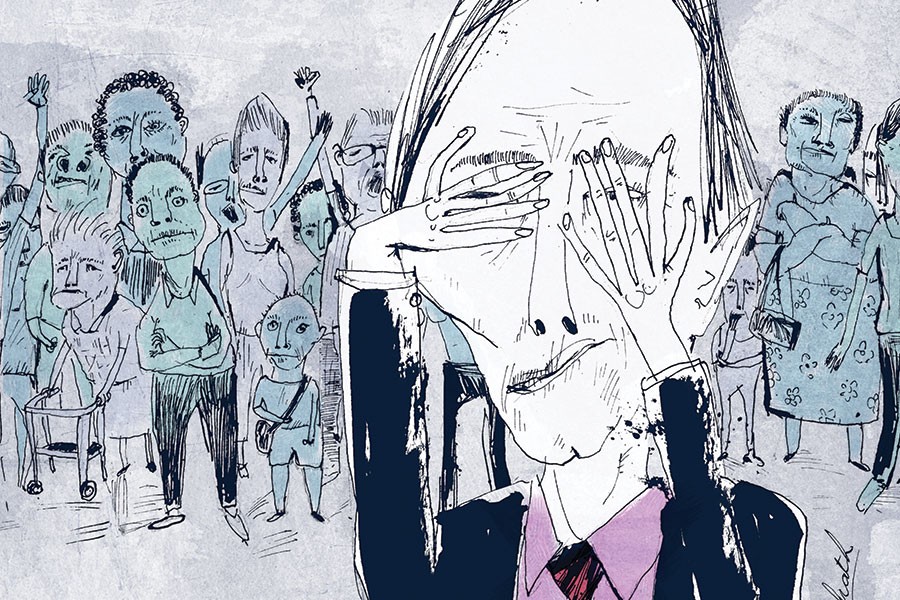 After 20 years in Washington, Johns Hopkins political scientist Benjamin Ginsberg came to believe that American policymakers assume the American public is stupid. So in 2013, he and Jennifer Bachner, director of the Johns Hopkins master's program in government analytics, decided to find out in a more rigorous scholarly way what Washington's bureaucrats think of the Americans they represent. The researchers sought the opinions of 850 civil servants, congressional and White House staffers, and consultants and contractors.

The forthcoming book What the Government Thinks of the People (W.W. Norton, 2016) addresses disparities between the ruling and the ruled. It also offers suggestions that Ginsberg and Bachner believe could lessen the polarity between the two.

Ginsberg, who is chair of the Center for Advanced Governmental Studies in D.C., wanted to survey unelected U.S. policymakers because while elected officials pass legislation, the unelected write the rules. "Much of what we think of as the law is written not by elected officials but by government agencies," he says. "That's why it's important to find out how they view us—they aren't elected, and much of what they do is not overseen."

This issue is possibly the most important Ginsberg has addressed in book form, he says. "The creators of the Constitution created a very nice framework, but much of our government is in the hands of bureaucrats, who on a day-to-day basis march to their own drummers."

Ginsberg and Bachner made a point of surveying individuals who had been hired or appointed—that is,  the unelected who make policy. They gathered directories of government offices, think tanks, and Capitol Hill offices, then emailed individuals.  They reached respondents in person and online. Ultimately, they gathered about 1,000 responses, which Ginsberg says is about the same response rate used by the average national survey intended to represent the views of 350 million Americans. Findings included that 46.5 percent of respondents believed the percentage of the U.S. population that is 65 or older is 22 percent, when in reality it is 13 percent; 43.1 percent of respondents believed the median income in the United States to be $47,000, when it is actually $52,000; and 47.6 percent of respondents believed African-Americans make up 17 percent of the population of the United States, when in fact it's closer to 13 percent.

Moving forward, Ginsberg thinks bureaucrats must receive more education about the nation's citizens: "Number one, we need to expect officials to have a fiduciary responsibility [toward those they represent], like a doctor or a lawyer. I don't need a good understanding of the criminal code to hire a lawyer—they're trained in that. Civil servants aren't good servants to us, [in part because] they have no training in how to understand the American public."

He also thinks mass media mistakenly concentrate on how little citizens know about government.  "I got tired of reading those articles about what people know about government and how they couldn't pass the citizenship quiz, which is a very silly quiz, by the way. There's this entire area of literature disparaging the people." We should be more concerned about how little government knows about its citizens, he says.

Ginsberg believes government officials should be taken out of Washington and rotated through field offices. "Every study shows that public officials working in the field offices develop more sympathy for the American people," he says.

Americans' civic education could stand some change, too, he says: "There should be less about George Washington and the cherry tree—more about how to be a little cynical and understand politics as it's seen in Washington." He adds, "Officials' lack of concern or even knowledge of the views of the general public does not leave us with much confidence that the interests of ordinary citizens will carry much weight in the process of administrative rule making."