How one alum is working to improve women-focused microfinance programs 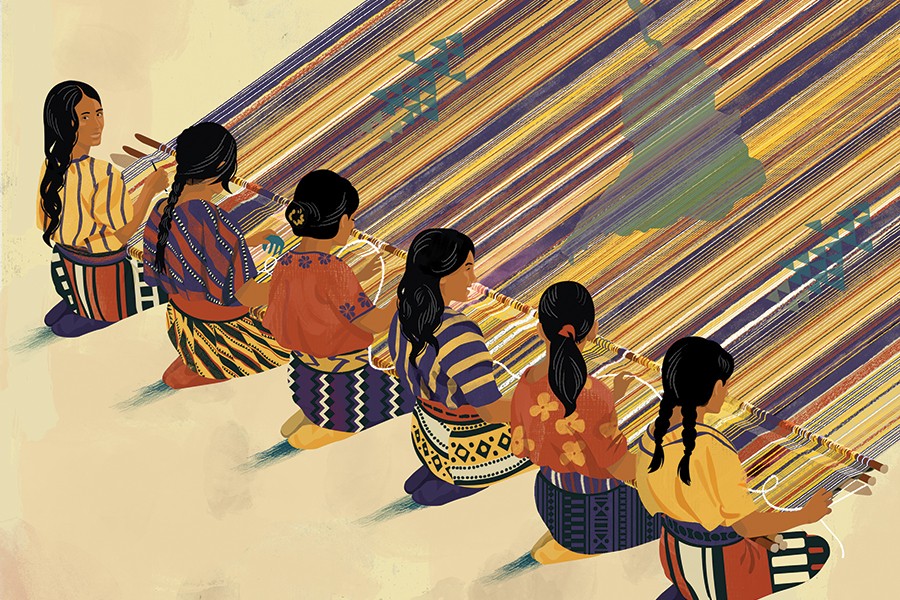 Microfinance programs in Asia and the Americas have garnered public approval in the United States and other industrialized countries. For the most part, though, these systems of providing very small loans to low-income people fail to move women—the most common recipients of microfinance lending—into opportunities that provide more than small, supplemental forms of income and foster more sophisticated involvement with banks. Mara Bolis, Bus '05 (MBA), a senior adviser at Oxfam America, observes, "Microfinances have gotten cash into women's hands, but they haven't always attended to the side-by-side training: how to understand interest rates, et cetera."

Bolis says the program she is designing with Oxfam in Guatemala, Women in Small Enterprise, is different because it works to change the system. Along with providing financial training to loan recipients, the Oxfam program works to counter entrenched, machismo-based views of women—starting with the banking establishment and the women themselves. Oxfam began researching WISE in 2012, and Bolis started her work there in January 2014.

Bolis says Oxfam launched the WISE program in Guatemala because it saw an opportunity to make an especially large impact, partly because most commercial banking loans there still go to large companies, not individuals. The organization raised funds from U.S. investors who were interested in investing in programs aimed at women. That fund totals just under $1 million—money that will be used to guarantee 50 percent of each loan awarded to a woman in WISE's program. WISE also includes training for bank employees in gender sensitivity and education in small-enterprise investment. For instance, program members talked with commercial bank employees about hiring a female loan officer because for women in a traditional society it can be bad for their reputation to be seen having a private meeting with a male loan officer. For loan recipients who are accepted as trainees, WISE provides training to build financial literacy while informing about women's rights, such as the right to leave the house and to run a business.

A 2012 World Bank survey found that women-run small businesses were asked to put up almost twice the collateral required of male borrowers. Antagonism to women's potential for work outside the home runs deep: An April 2015 CNN article quoted María Machicado Terán, Guatemala's regional executive director of UN Women, as saying, "Eighty percent of men [in Guatemala] believe that women need permission to leave the house, and 70 percent of women surveyed agreed." WISE says it has seen good results in its short history. One loan recipient now runs a driver training school. Another, Carmen María Can Pixabaj, involved in a traditional vocation of selling chickens, has expanded her business and now sells to stores—an area of commerce she feared approaching before the training. She plans to continue expanding and says that what she learned about recordkeeping and reinvestment of profits has been key to her business growth.

The WISE program is a further development of Oxfam microsavings program Savings for Change, which showed groups of trainees how to put aside savings. Because many women emerge from that program with nest eggs but don't have a clear business path going forward, Oxfam wanted to expand their prospects. "There's a percentage of those women who want to grow their businesses, but there's no ladder for them out of that earlier state of having very little financial training and lacking a clear path into commercial banks," notes Bolis.

New income generated from women's microenterprises is often first invested in children's education, particularly benefiting girls, according to the International Labour Office in Geneva. For this reason, and because studies show that a higher proportion of women's than men's incremental income goes back to the family, "putting money into women's hands has huge societal benefits," says Bolis. "Change is what we're expecting at multiple levels."