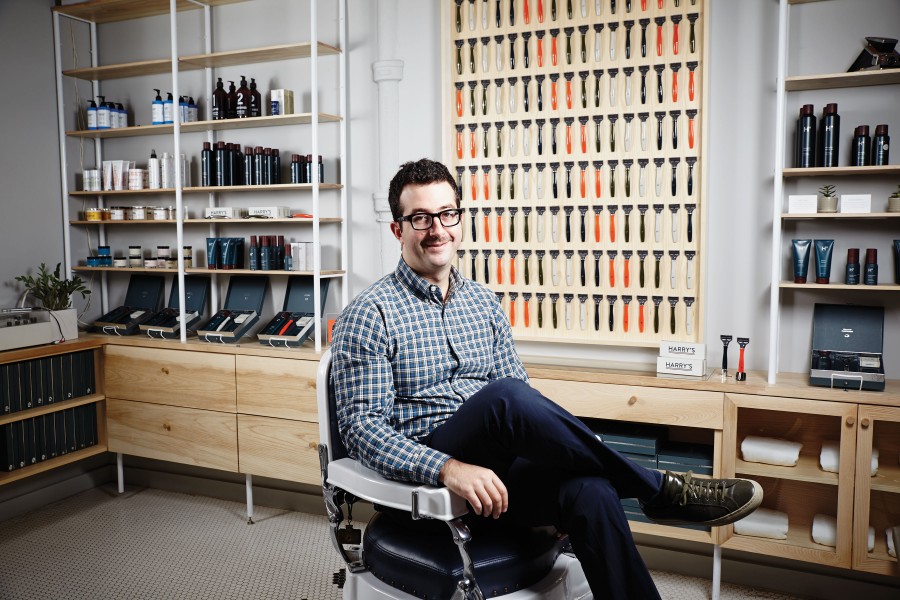 Many startups involve shiny smartphone apps or new ways to tap into the "sharing economy," such as Airbnb and Uber. And then there are Warby Parker and Harry's, young firms bringing e-commerce  to timeless items: eyeglasses and razors, respectively. Warby Parker, launched in 2010, designs prescription eyeglasses it sells online for as little as $95. They've moved more than a million pairs to date, and GQ dubbed them "the Netflix of eyewear." Harry's, launched in 2013, sells razors and shaving supplies online. Jeffrey Raider, A&S '03, SAIS '04, co-founded both companies with friends. 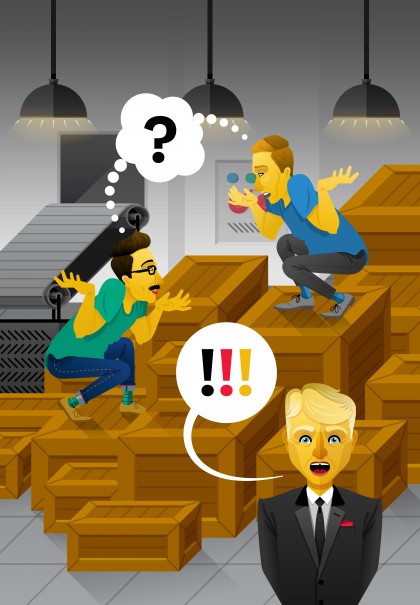 How did you choose to build businesses around these household items?

I had a pair of eyeglasses, and my prescription kept changing, but I didn't change my glasses because they were so expensive. I felt this was a problem that we could solve through Warby Parker. And at Harry's, it was similar. My co-founder, Andy [Katz-Mayfield], had gone to a drug store and waited for 10 minutes just for someone to unlock the case where the razors were held. He paid $25 for four blades and some shaving cream. He felt like that was an awful lot, and looking at the packaging, products, and brands, he also felt disconnected from what he wanted as customer. I totally empathized with his experience. So they were both born out of personal dissatisfaction.

How is it starting businesses with close friends?

Lots of people said, "Don't go into business with your friends," and there are certainly friends that I have who might not be the best business partners. But with both Warby Parker and Harry's, my co-founders were people whom I respected, trusted, and admired in both a personal and professional context, and it's been an amazing experience to build companies with them.

What has been the biggest surprise on your entrepreneurial journey?

I am constantly humbled by how hard things are to physically make, and I think we really take for granted everything that's in our bathrooms or closets. Making things of middling quality, that's not too difficult. But if you want to produce to the highest standards in the world, the level of sophistication and thought and time and attention to detail that goes into it is all so meaningful. Andy and I had this phrase early on at Harry's: We give a shave! We just care about every single little detail of every product and will not let anything get out in the line that we don't 100 percent believe in and have completely thought through. And, as a result, it took us 18 months to launch Harry's.

Did you always want to be an entrepreneur?

No. My mom was an entrepreneur when I was growing up and I saw how hard it was. I just got so excited about the opportunity to do something to fix problems that I had and felt lots of people also had. I had no choice. I had to go start Warby Parker. I couldn't sleep at night. I was so excited about it, and I felt the same way about Harry's.

Startups have a high failure rate. How have you succeeded?

Both Harry's and Warby Parker are still really young, and so while we've had lots of early success, which is exciting, we want to build hundred-year brands with both companies. We don't feel we've yet accomplished what we've set out to do. In terms of what has enabled us to have our early success, I think fundamentally we've tried to create products that have universal appeal and a real value proposition. And we've also been lucky and had some breaks along the way. For instance, GQ just happened to be doing a big article on eyeglasses the month we launched Warby and they featured us. In less than a week we'd sold out. You do your best to position yourself for success, but there is certainly a bit of serendipity in building companies.

Have your experiences at Hopkins helped you as an entrepreneur?

Yes, a whole lot. The SAIS curriculum is highly intensive, and we had to take a lot of complex information and ideas and distill them down into the things that matter and then develop opinions about those things. This sort of thinking also applies to what we're doing at Harry's and Warby Parker.

After we bought a German razor blade manufacturer for Harry's, we actually went to speak to the whole factory. The management team spoke English, but a lot of the people on the shop floor did not. Andy and I are standing up on these wooden crates telling the entire factory about how excited we were to come together with them to build this amazing global brand. We would speak for like 20 seconds in English and then a manager would translate for a full minute in German and we'd have no idea what he was saying—was he telling them that we were crazy? But at the end, the factory workers gave us a big round of applause.