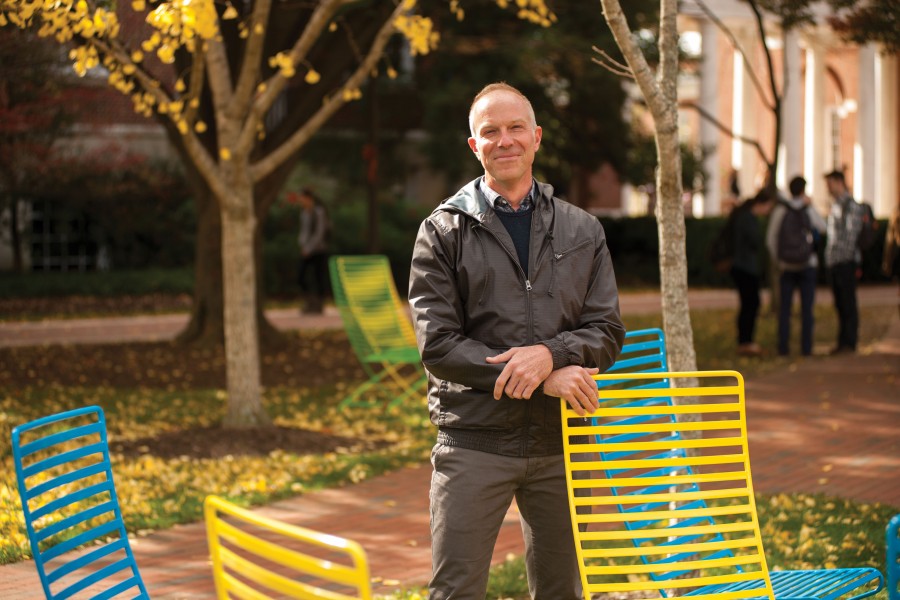 The textbook definition of heteronomy is "subjection to an outside force." Johns Hopkins English professor and poet Chris Nealon puts that idea into emotional terms when talking about why he chose it for the title of his new poetry collection. "I think it's a way of talking about feeling powerless sometimes," he says. "The Dial," the first Heteronomy poem he wrote, was shaped during the first wave of the 2011 Occupy movement and during the University of California at Berkeley faculty's response to austerity measures. Nealon used to teach there, and many of his friends and former colleagues were involved in that fight.

"'The Dial' is structured as a dream poem because it felt like dreams were the only way in which I could be with the people who were doing the stuff I most admired," he says. "The rest of the poems, written in the years after that, were about coming to terms with what happens when an exciting political moment subsides and you return to the rhythm of feeling like you're not powerful, you're not connected to other people, [and] you can't change anything."

Political poetry might bring to mind the activist tone of Denise Levertov or the cadenced rhetoric of Gil Scott-Heron. Nealon's version is a more playful and self-aware reverie, finding political unease in the passing thought, as in this excerpt: "The species-shame, the American shame we feel on the left—we teach ourselves/that shame is what will mark us off from the right—it's immobilizing—/The thing that should distinguish us from the right is the refusal of all exploitation."

"The Dial" and the other poems leapfrog through time—an overheard conversation in a café bleeds into musing about hip-hop artist Nicki Minaj and Harry Potter and wondering who would listen to Theodor Adorno audiobooks while on the commuter train—as the poet-narrator in each instance searches for big-idea meaning in the everyday. Heteronomy is a collection of meditations that recognize that pop culture can spark existential anxieties as seriously as contemporary philosophers, and that appreciating Adrienne Rich's poem "The Phenomenology of Anger" doesn't rule out being moved by A Taste of Honey's disco gem "Boogie Oogie Oogie."

Nealon arrived at his juggling of time and meaning in Heteronomy by going really old school: the Middle Ages. "I was thinking a lot about time in terms of how poets of my generation have been using it in interesting ways, being playful with it, imagining it as reversible, sometimes circular or something you can visit in nonlinear ways," he says. "And I was also thinking about how, frankly, medieval poets wrote about poetic meaning, in particular meaning around moments where poets gesture at their own poem, or gesture at the fact that they've been writing a poem. That was one of the most liberating discoveries for me, that I could be the poet who was describing being a poet having just written a poem. That opened up my sense of form in the poems."

His balance of pop culture's emotive potency and mischievous pathways into other realms recalled, for this reader, American novelist Thomas Pynchon. This was before discovering that Nealon taught a Pynchon class in spring 2014 or that "The Dial" includes a quote from Pynchon's Against the Day as an epigram. Nealon is a fan as well. "I think Pynchon's been boxed into a narrative of the clever '60s radical postmodernist who wants to disrupt all the conventions of narrative fiction and he's a showoff—which, he certainly is—but his sense of humor is everywhere in his novels and this is the heart of Pynchon for me. His sense of humor and his humaneness crisscross with his political outrage and sense of compassion in ways that I just don't see many other places."

The same could be said for Heteronomy. The poems move with a pop song's accessibility while freighting the emotional weight of a short story. The comic and the serious coexist in the same observation: "You'll have seen the faces of the women thinking, really? I still have to remind/you not to grope me in the commune?"