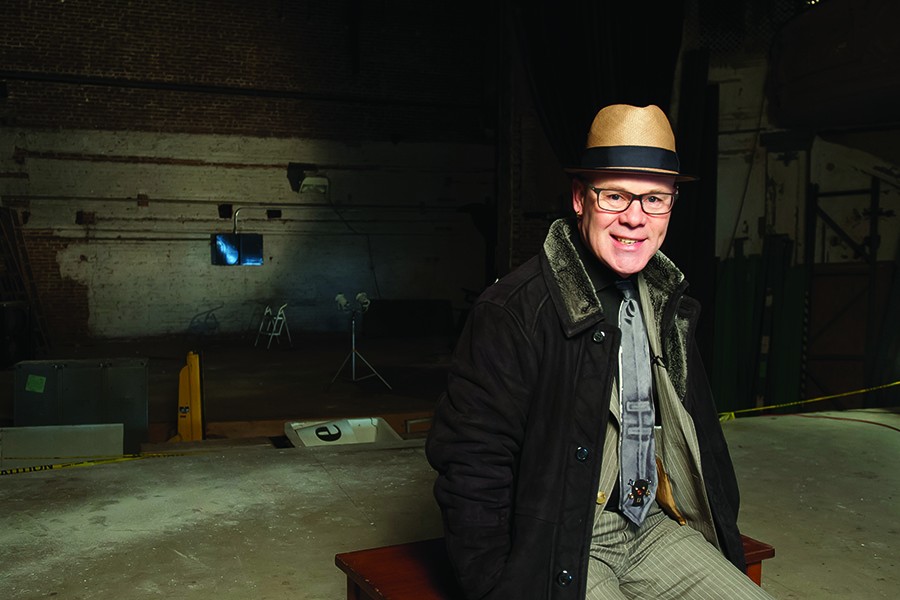 Thomas Dolby, creator of the memorable 1980s synthpop anthem "She Blinded Me With Science," will join Johns Hopkins University's faculty this fall as the first Homewood Professor of the Arts.

Since the debut of his hit single in 1982, Dolby, now 55, has been at the forefront of digital music, pioneering ways to merge music with film, technology, and science. At Johns Hopkins, he will be teaching "Sound on Film," a collaboration between Homewood's Film and Media Studies program and Peabody's Recording Arts and Sciences program, in which students create soundtracks for films. Dolby will also help lead the university's efforts in Baltimore's blossoming arts and entertainment district through the Program in Sound on Film at Station North.

"This is a really thrilling opportunity to me," says Dolby, whose father, grandfather, and great-grandfather were all professors at the University of Cambridge. "I love the city, I'm fascinated to meet the Johns Hopkins students, and I know that they are a really interesting bunch—very, very committed but also very willing to stretch out. It's going to be great to take my place in the faculty that already has a huge range of skills experience and to bring something very new to the table."

Dolby released four acclaimed albums in the first 10 years of his solo career. In 1994, he founded Headspace Inc. and created the Beatnik audio engine, an early software synthesizer. The product was designed as a component for video games but ringtones ultimately proved the most robust market for the engine, and by 2005 Dolby's technology was in more than half of the world's mobile phones. From 2001 to 2012, he served as musical director for the TED (Technology, Entertainment, Design) conferences.

Dolby's appointment is made possible in part by a grant from the Andrew W. Mellon Foundation.