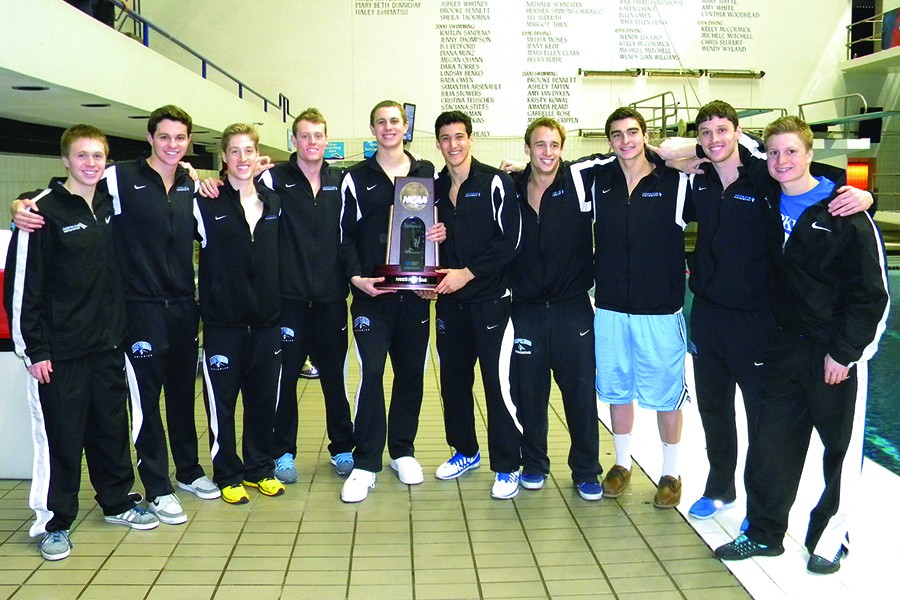 The fast keep getting faster. Johns Hopkins swimmers produced another stellar season, especially the women, who raced to third place in the NCAA national championships in March, the best finish in program history. The men's team sped to its second straight fourth-place finish at nationals, missing third by the slimmest of margins, scoring 245 points to Emory's 246.5.

The women's team returned to campus with national championship trophies in seven events. They swept all five relay races, something no team has done since 2004. Senior Ana Bogdanovski also won national titles in the 50 and 200 free and was named NCAA Division III Women's Swimmer of the Year. Head coach George Kennedy brought home honors of his own when he was named NCAA Division III Women's Coach of the Year for the sixth time. First-team All-Americans included Bogdanovski, Sarah Rinsma, Kylie Ternes, Sammi Fox, and Taylor Kitiyama.

Kennedy, who has coached at Johns Hopkins for 29 years, earned one more distinction this year. Fortune magazine honored him as one of 50 great world leaders. He was in pretty good company on the roster of honorees, which included Pope Francis, Bill Clinton, Aung San Suu Kyi, the Dalai Lama, and Bono, none of whom, it must be said, know as much about swimming.