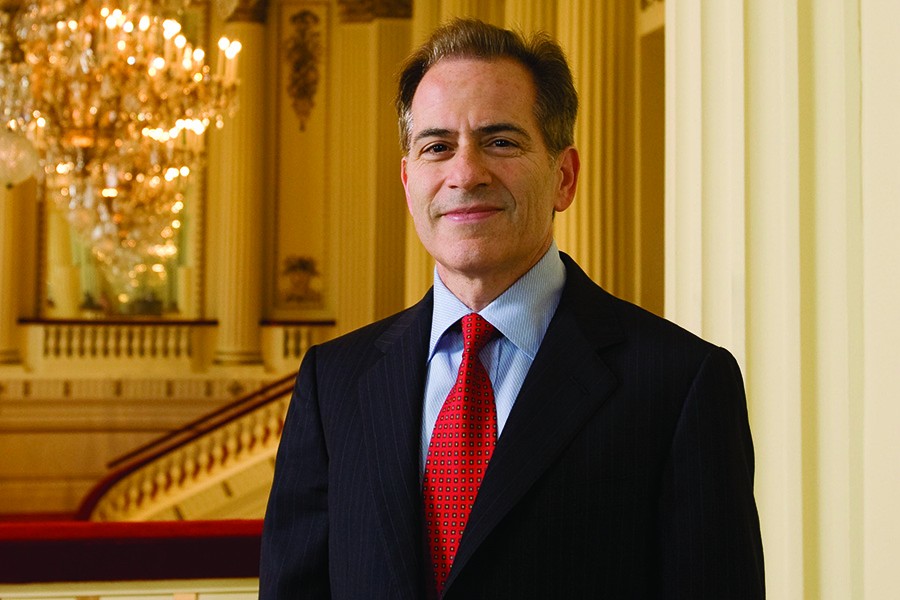 "I always felt that if I had the opportunity, I knew I wanted to run a major music school," says Fred Bronstein, the new dean of the Peabody Institute who joined the university in June. As a young man who studied piano at Boston University (BM), the Manhattan School of Music (MM), and the State University of New York at Stony Brook (DMA), Bronstein knows that the conservatory years are "an amazing time when young artists are developing, and they're just absolutely passionate about what they're doing, and they're also to some extent unjaded about it too."

Conservatories prepare students for music careers, and Bronstein's has given him a front-row seat to how the industry has evolved over the past two decades. As president and CEO of the Omaha Symphony, Dallas Symphony Orchestra, and most recently St. Louis Symphony, he contended with the changes in expectations and programming that major orchestras face as attendance has stagnated or dwindled. He's witnessed how it's not enough to play the usual repertoire well year after year and expect people to come back.

Standards of musical excellence are a given, but sustainability resides in recognizing that artists and performers have so much more to offer than musical virtuosity. "You'll never be able to sustain the artistic excellence if you're not relevant, and they go magnificently well together," Bronstein says. "In our work at the St. Louis Symphony, that's always been first and foremost. It has to meet the quality and excellence test. But that's not enough. You've got to be able to create programs that reach different audiences. You've got to be advocates [for the arts]. You've got to be communicators. You've got to engage people. People want to be touched, not just played or talked to. So how you get people ready for that and effective at that is part of the job of training young musicians."

It's the mix of professional acumen and educational outreach that Bronstein wants to help foster at Peabody. He mentions that prior to becoming CEO at the Omaha Symphony in 1998, he co-founded the chamber ensemble Aequalis and ran the Civic Orchestra of Chicago. Both were organizations that focused on educational programming, community building, and new music—all hallmarks of the types of additions major symphonies have made to their organizations, and the kinds of activities that Peabody students, graduates, and faculty have been doing recently as well.

"There's some training like this going on at Peabody now, and I'd like to see that continue and expand," Bronstein adds. "Part of it is a mindset—getting people to think that yes, your instrument is absolutely paramount because without that and musical excellence in that, you can't achieve what you want to achieve. But it's not enough. And so getting people to understand that thinking in an entrepreneurial way [and] understanding the community—these things are part of the training process. And I think there's a great opportunity [at Peabody] to be really unique in how we train young musicians."