Who's responsible for regulating the health impact of factory farms? 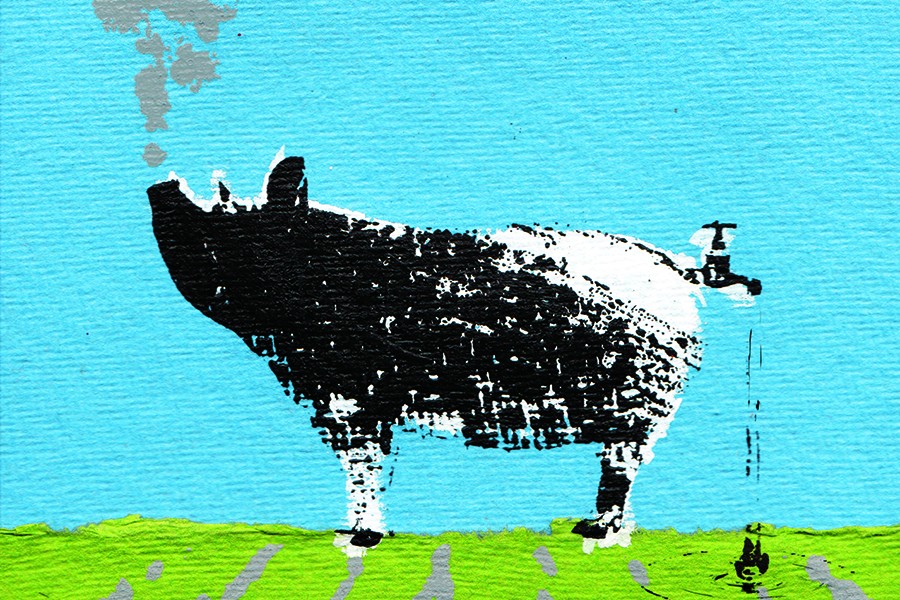 A few years ago, a rural Pennsylvania community weighed the implications of a proposed hog farm. Not an Old McDonald farm with some pigs but a large industrialized factory farm. At a public discussion of the issue, a citizen who favored the farm tried to reassure skeptics that the state's health department would monitor and regulate any health impacts from the operation. In the audience that night, observing a colleague's presentation, was Jillian Fry, SPH '12 (PhD), a project director at the Center for a Livable Future in the Bloomberg School of Public Health. Fry knew that in Pennsylvania, at least, the state health department was not safeguarding rural communities from water and air contamination and other health issues associated with huge industrial farms because it did not have jurisdiction. After the meeting, she and her colleague wondered: Did health departments in other states regulate factory farming?

To find out, she and a research team at the center studied 13 counties in eight states that contained factory farms, what people in Fry's line of work call IFAP—Industrial Food Animal Production. Their results, published by the online journal PLOS ONE, found that most state health officials do not even have jurisdiction over agriculture, and if they do, that jurisdiction is severely limited. Any role they might play is proscribed by political barriers, insufficient resources, lack of expertise, and the manner in which regulations are written. People who live close to massive livestock operations contend with problems like toxic gases in the air, fouled wells, stench, and potential exposure to antibiotic-resistant infectious agents, but their state's health officials cannot offer much help.

"Because there are regulations in place, it's very reasonable for community members to say, 'Maybe we shouldn't be that concerned because there are government agencies involved and if there's a problem, we can contact them.' But from our research, it became clear that public health and the environment were not being adequately protected," Fry says. "People who have been involved in opposition to these operations in their communities are not surprised by these findings at all. They've been contacting agencies for years and realizing that there are a lot of economic and political reasons why it's very difficult for the agencies to take reasonable action."

Jurisdiction over IFAP operations varies from state to state, and it is frequently divided, with some oversight residing in a state's agriculture department while the department of natural resources handles things like clean water regulations. Fry notes there is some logic to this, since agricultural expertise is more likely to reside in an agriculture department, and air and water quality are natural resource issues. But agricultural departments are staffed by farming experts, not public health specialists. Furthermore, state ag departments are typically charged with promoting the state's agriculture, which can conflict with regulatory responsibility. "If a state government has decided that for its economic development it wants to welcome these operations, it's not going to be very supportive of health departments coming in and saying, 'Let's monitor the water quality and air quality and take a close look at this.'"

Another hindrance is regulations too vague or too narrowly defined. For example, a pollution pathway from a factory farm's manure pile to a stream would violate the federal Clean Water Act. But if a factory farm disposes of manure by spreading it on fields and a subsequent rainstorm results in a runoff of contaminants, that is not covered by the law. "You can be causing a lot of environmental and public health risks and not be in violation of the Clean Water Act," Fry says.

Add budget cuts that have reduced staff at health departments, plus legislatures unwilling to risk angering major agricultural concerns in states dependent on the livestock, poultry, and dairy industries, and the result, in the words of the study's conclusion, is that the public health issues have "largely fallen by the wayside from a regulatory perspective, with rural communities suffering the consequences."