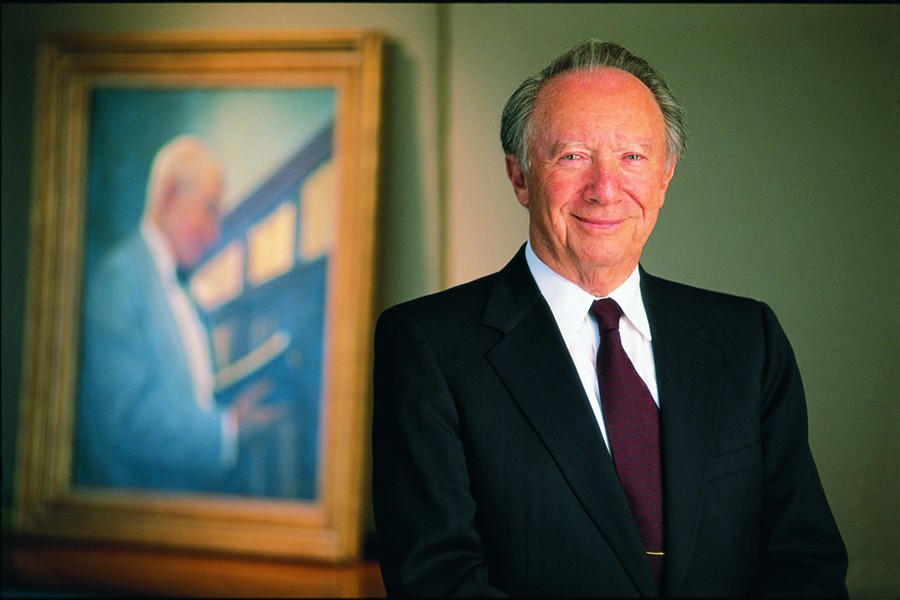 Willard Hackerman, Engr '38, the longtime president and CEO of the Whiting-Turner Contracting Company and a former university trustee, died on February 10. He was 95.

Hackerman led the effort to re-establish the university's stand-alone engineering school in 1979 and was instrumental in securing the school-naming gift from his mentor, G.W.C. Whiting.

"Willard Hackerman was a fiercely proud alumnus who had a profound impact on our School of Engineering and our entire university," university President Ronald J. Daniels said. "Our campus landscape and our academic mission both bear his fingerprints, and for that we are ever grateful."

Hackerman and his wife, Lillian Patz Hackerman, have been ardent supporters of the university as well as leaders in Baltimore civic life, establishing scholarships, funding the Willard and Lillian Hackerman Chair in Radiation Oncology, and providing support for several buildings. In 2010, the Computational Science and Engineering Building was rededicated as Hackerman Hall.