Self-described late bloomer William Kirst, A&S '00, didn't come to terms with his sexuality until after graduating from Hopkins. Even then, it wasn't easy. Straddling two very different worlds, he was (and remains) a management consultant for IBM, where diversity is celebrated, and a captain in the U.S. Army Reserve where, until September 2011, he served under the "don't ask, don't tell" regime. "In uniform, I had to keep the emotional Berlin Wall up," Kirst says. 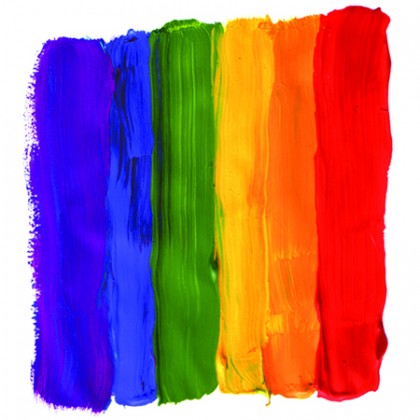 Clandestine meetings over coffee with fellow gay military officers, contractors, and civilians helped Kirst get through that tough time. "That networking group was a real saving grace," he recalls. When the military repealed DADT, Kirst decided he wanted to form a network for diverse Johns Hopkins alumni to connect. But this one wouldn't be secretive.

Promoting the LGBT community has been an area of focus for university President Ron Daniels. Last fall, Johns Hopkins opened an LGBTQ Life office. Around that same time, student-led group oSTEM—Out in Science, Technology, Engineering, and Math— had its first meeting. At an official launch for the LGBTQ Life Office, President Daniels stated: "Johns Hopkins itself is in the midst of coming out, of embracing and building a more fully realized identity."

So, too, was Kirst when he began thinking of forming the alumni JHU Pride Group. He went straight to the top, writing a note to President Daniels, who strongly supported the idea, Kirst recounts.

In the meantime, Kirst is building the group's social media presence. He launched a Facebook page and hosts a blog for contributing alumni. He's also spreading the word the old-fashioned way. "I'm doing what's like a road show," Kirst says. He's met with folks at the Bloomberg School of Public Health and Peabody, and plans to meet with other Johns Hopkins divisions and schools to build awareness of the group and make introductions.

Nikolas Matthes, SPH '98, an assistant professor in the Bloomberg School and member of the Alumni Council's executive committee, eagerly agreed to serve as liaison between the group and the council. "I met my partner through Johns Hopkins," he says. "We've been together seven or eight years. It's an issue close to my heart."

The same is true for others. "I never talked about [being gay] with my friends on campus," says Paul Quin, A&S '64. "I didn't keep up with most of my classmates after graduation. Going back this time, I hope to make a reconnection."

For more information, visit JHU Pride on the Web.