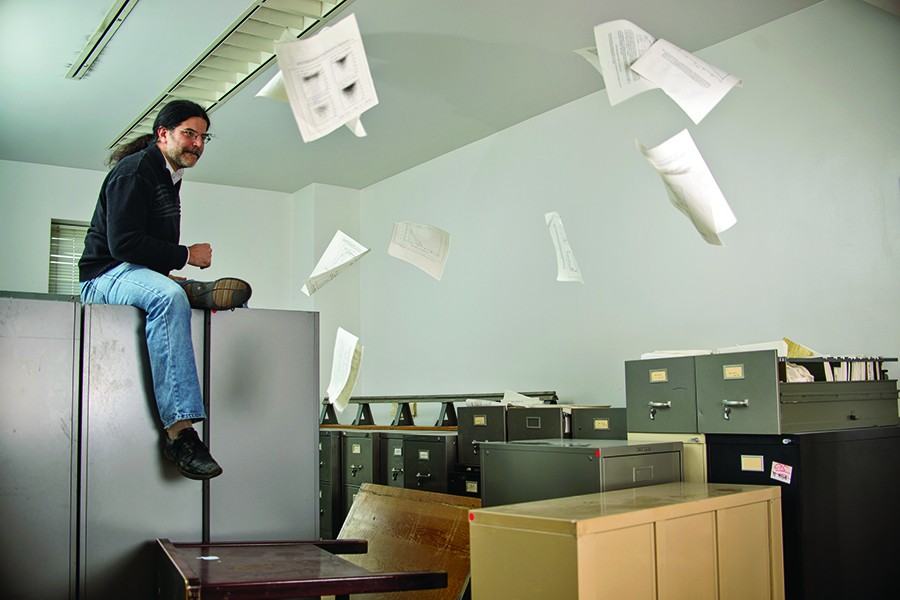 I know how it feels to want to throw pages in the air.

David Kaplan, the guy in the photograph above, is a professor in the Krieger School's Department of Physics and Astronomy. He is also now an auteur—his documentary, Particle Fever, follows scientists seeking the Higgs boson, the existence (or not) of which has the potential to make or break a lot of careers. Senior writer Bret McCabe, who wrote this issue's "The Truth Is Out There," says the appeal of Kaplan's film is that it tells the emotional side of that story, translating complex scientific theory into a human narrative that can be grasped and enjoyed by the non-particle-physicists among us.

Kaplan, of course, was just having fun in the picture. But as the editor of this magazine, I know that translating esoteric ideas into entertaining stories can be challenging. (And I will admit that when I was studying English literature in graduate school, I never imagined myself editing my second feature on the Standard Model.)

But it's also gratifying. Whether it's Kaplan explaining particle physics; SAIS Dean Vali Nasr unpacking 1,400 years of Islamic history ("Dean of Middle Eastern Affairs"); or associate editor Dale Keiger describing the research that goes on in the Brain Science Institute ("The Brains Behind the Brain"), they are all shepherding the biggest, and sometimes most baffling, ideas out of academic offices and into living rooms and coffee shops and conversations. It's that kind of work that so importantly connects what goes on inside the university to the world outside its walls.