Why do we choke when the stakes are high? 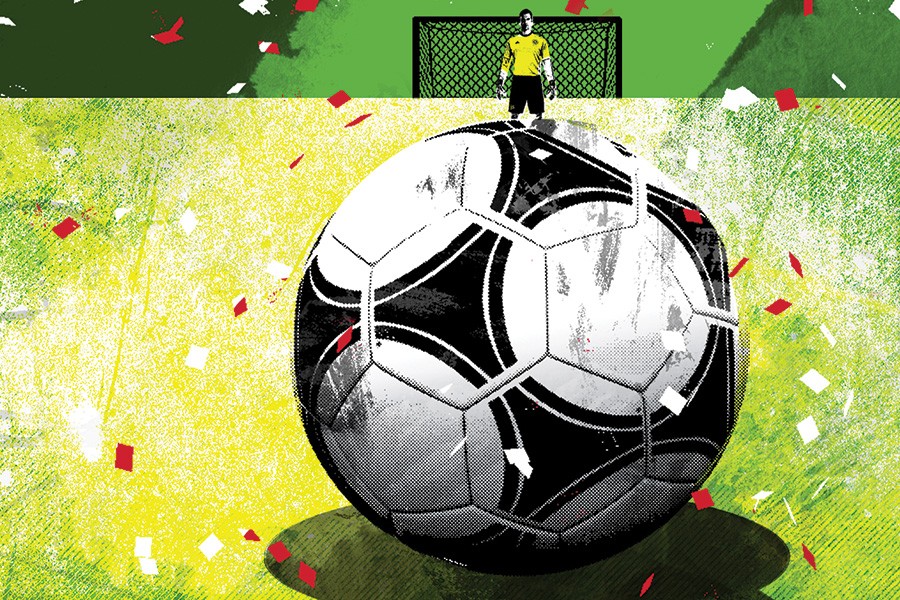 LeBron James stands on the free-throw line. His (former) NBA team, the Miami Heat, is up two points in the final seconds of a game against the rival Chicago Bulls. Convert both shots and James ices the game. Clank. He misses the front end to open the door for the Bulls, who take full advantage. A guard for the Bulls drills a 3-pointer to force the game into overtime and Chicago goes on to win.

The big moment was there for the taking, but instead James fulfilled the wish of every opposing fan—he choked. Nobody, not even the greatest basketball player on the planet, seems immune. We witness choking all the time, and each of us (author included) does our own fair share. An account executive flubs a question from a prospective client that costs her a deal. A talented student tanks on a final exam, inexplicably unable to recall answers that he is certain he knows. What goes wrong?

For Vikram Chib, an assistant professor of biomedical engineering in the School of Medicine, the study of choking has turned from curiosity to preoccupation. During his doctoral-study days at Northwestern University, Chib studied how the human nervous system organizes and controls movements such as raising the right hand to grab a book off a shelf. He later shifted his focus to neuroeconomics, a discipline that studies the brain to explain decision making and how we process alternatives to choose a course of action.

A soccer fan, Chib had witnessed how world-class players could miss "a sitter" (an open shot) in front of the goal or bungle a penalty kick. One would think a professional athlete's practiced skill and innate ability would be enough to seize the moment. But repeatedly they are not. A few years ago, Chib, who then was working at Caltech, decided to study what breaks down at that critical juncture.

He and his co-researchers devised a simple video game that used a joystick to maneuver digital balls into a square on a screen. Research subjects failed the task if they missed the box or could not move the balls into the proper place within a set time. Eighteen subjects were first allowed to practice the game. Next, they were put into a functional MRI scanner and asked to play. Only now, when the game commenced, the screens told them they could win various amounts of money for success, up to $100. Some were offered no reward.

Researchers monitoring the fMRI noticed that when the subjects first saw the incentive messages, their brains' ventral striatum region—the portion known to encode reward values and also involved with movement and habitual behaviors—showed increased activity. Once they began to play the game, ventral striatal activity increased as the rewards increased— but only up to a midpoint. As the rewards neared the upper limit, the part of the brain fired up by notice of reward now deactivated. The higher the stakes, the greater the deactivation and the more the subjects failed. This surprised Chib. "We thought that was pretty weird and the exact opposite of what we expected."

The researchers then tested the subjects to determine which was stronger, their aversion to loss or their desire for gain. For some people in crucial situations, all they see is an opportunity for victory, and that fuels their actions. But for others in the same situation, what they feel strongest is fear that they might lose, and that emotion overrides their desire to win. Chib found a positive correlation between loss aversion and a decrease in striatal activity (and more failure). Those people more averse to losing grew worse at the game as the amount they stood to lose increased. "In many ways, choking behavior is irrational and illogical," Chib says. "One would think we'd be even more motivated when presented with a big reward."

Though his research shows that the ventral striatum plays a role in choking, Chib is not yet sure what exactly happens when a player misses a shot or a student flubs an exam. Now at Johns Hopkins, he is investigating how motivational cues—not just money but social incentives like competition and the presence of spectators—can influence performance. He also wants to know how we can mitigate choking and improve performance in high-stakes situations.

A cure for choking? The line forms here.