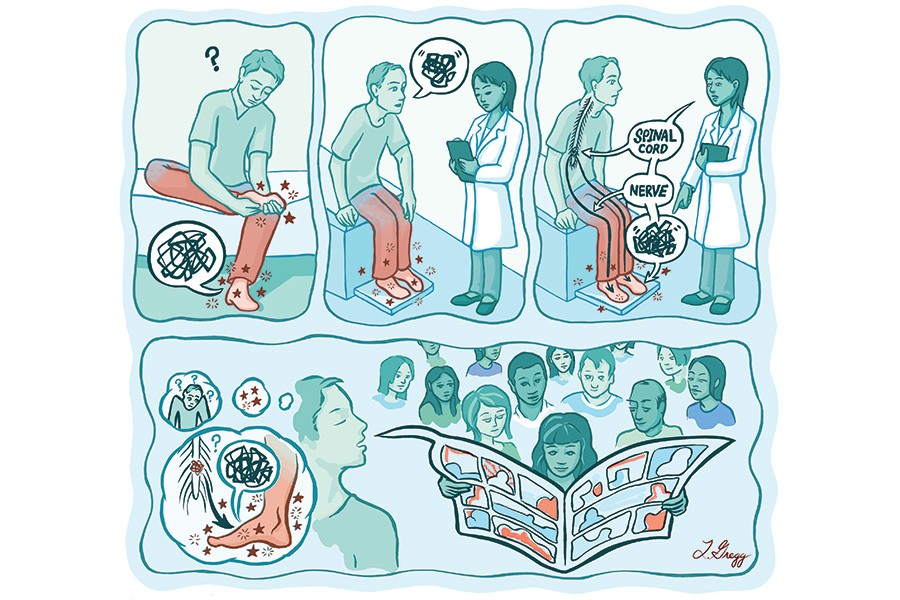 Not every medical conference kicks off its first day with discussion of the corruption of America's youth and ends with how to confront post-traumatic stress disorder and substance abuse among veterans. But, then again, not every conference pulls professionals from all over the world working in public health, patient care, nursing, the humanities, and comics-style graphic art. The conference Comics and Medicine: From Private Lives to Public Health brought 235 people from 12 countries to Johns Hopkins' East Baltimore campus in late June for three days of discussions that ranged from using comics to reach Southern California's Spanish-speaking populations with accurate diabetes information, to the physical and psychological acceptance of mental illness, to artist Ellen Forney's yardstick for evaluating her bipolar disorder in her graphic novel Marbles: "neatly applied lipstick = not crazy."

The conference was the fifth annual event organized by Graphic Medicine, a website devoted to a loose network of like-minded medical professionals. The conferences are "about the broad intersection of comics and medicine in multiple fields," says Lydia Gregg, an instructor in Johns Hopkins' Department of Art as Applied to Medicine and the organizer of the 2014 conference. "I keep trying to reframe the conference to the media because the vast majority of the articles that have come out about it have said, 'Comics are great for teaching patients,' and that's a fraction of what we're talking about."

Comics and Medicine delivered a crash course in the ways in which health professionals use comics. Meredith Li-Vollmer, a faculty member at the University of Washington, talked about the Comics 4 Health Coverage online project in Seattle, which invited young adults to create comics about the importance of health insurance and resulted in crowdsourced awareness stories for coverage options under the Affordable Care Act. Potent talks came from practitioners using comics as a medium for self-reflection. British doctor Ian Williams founded Graphic Medicine in 2007 following his own creation of a comic dealing with the difficult experiences doctors face.

Gregg presented a talk about a 1934 illustration by Dorcas Hager Padget that is regarded as the first known illustration of an adequately treated spinal perimedullary arteriovenous fistula, a rare abnormal connection between an artery and a vein on the spinal cord. Gregg projected the image onscreen, which looked at first like an ordinary medical illustration: a detailed anatomical representation of the fistula running vertically down the left side of the illustration, and smaller details rendered in rows on the right. Gregg argued that those smaller details follow the narrative visual language of comics.

She is working on applying her comics skills to the condition with a team in interventional cardiology. Though treatable, spinal cord perimedullary fistulas can lead to spinal cord trauma, including progressive disability and death. Patients are often misdiagnosed, told they're suffering from a different, untreatable illness, which leads to assuming a worst-case scenario for themselves. "And this is a treatable disease, that's the worst part," Gregg says. "I'm really interested in changing these illness perceptions because so much of how you do depends on how you feel about how you're doing." She's working with a group of patients and their caregivers to create a graphic novel exploring the condition. "The reason I'm so interested in these patients is because they have a really high suicide rate, so they start at rock bottom," she says, "and we want to see if we can do anything to help them just by changing their perception of how they see their place in the world through these characters."