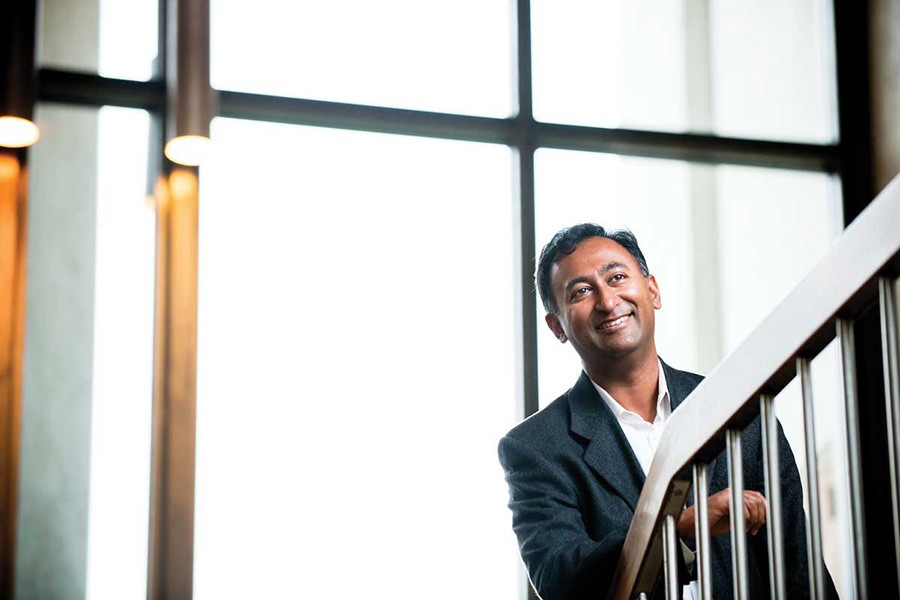 Image caption: G. Sayeed Choudhury, Engr '88, '90 (MS), is the associate dean for research data management and Hodson Director of the Digital Research and Curation Center at the Sheridan Libraries.

How did a graduate of the Whiting School of Engineering end up working in the digital humanities? 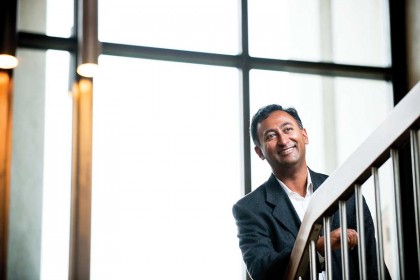 The short answer is that all of my work has to do with data sets and data curation. When I was an engineering student, one of my professors told me that humanists don't use statistical techniques because their disciplines are "data poor." Upon seeing a medieval manuscript for the first time, I realized the humanities aren't data poor; it's just harder to extract the data digitally from within the various physical layers. I think there are certain unique opportunities for humanists given that they haven't been used to dealing with data. They also seem to embrace the role of interpretation more readily. Data sets are a new kind of special collections, if you think about it.

You grew up in the United States. When did your family move from Bangladesh to America?

My father was a professor of political science at the University of Dhaka and a cabinet minister during the breakup of Pakistan in 1971. For political reasons, when Bangladesh was formed, he was not granted citizenship. He could not stay in Pakistan and had, for a time, a United Nations–issued white passport, desig-nating a man without a state. Finally, we ended up in England with him teaching at Oxford, and in 1974 moved to Durham, North Carolina. I was 7 and my older brother was 12. During my time in England, I developed a love for soccer and chocolate, both of which survive to this day.

What brought you to Johns Hopkins as an undergraduate?

At first, I wanted to be an astronomer. Hopkins had just become home to the Hubble Telescope. So my first thought was to major in physics, but I soon switched to engineering after the Challenger shuttle accident.

Your switch to engineering was after the early problems with the Hubble.

Yes, I noted that those failures were also matters of communication and politics; they were systems problems—engineering problems—of a different sort. Being a good engineer requires good data and good computing capac-ity.

When and why did you begin working for the Sheridan Libraries?

It's a funny story. I borrowed money from my brother for World Cup soccer tickets in 1994. He generously lent me the money "interest-free," but he asked me to get a part-time job because he knew how little money I made as a graduate student. I talked myself into a one-year job in the Digital Knowledge Center to conceptualize and launch an R&D program digitizing special collections. The first projects were digitizing sheet music from the Lester S. Levy Collection of Sheet Music and [prototyping] a robotic system that would automatically retrieve and scan books on demand. It became clear that the curation of data and data sets, as well as a collection development strategy, were tasks that libraries needed to address formally. Data sets are primary research materials; they are fragile and they provide insights into the problems of our time.

You are known in digital humanities circles as someone who asks new kinds of questions about the way texts are digitized.

With the Roman de la Rose Digital Library, I focus on the methodological questions: How will digital texts be used? How will texts be read and by whom and for what purposes? Will scholars want to compare versions of the text or different annotations of a particular passage, for example? I see my work as building the scaffolding that allows humanists to ask the questions they may not know they want to ask.

You mention that one of your father's books, The Last Days of United Pakistan (1974), was banned and publicly burned. Do you see a connection with your own work digitizing texts and making them widely available for study?

It's an interesting thought. My brother and I each have a copy. Perhaps in some unconscious way, the desire to keep a copy was my first thought about preservation. I remember reading a sign in the Forbidden City in Beijing: "A single act of carelessness leads to the eternal loss of beauty." I believe Brené Brown said, "Stories are data with a soul." For all my thoughts about data, engineering, or scholarship, ultimately preservation is about keeping people's stories alive for future generations.