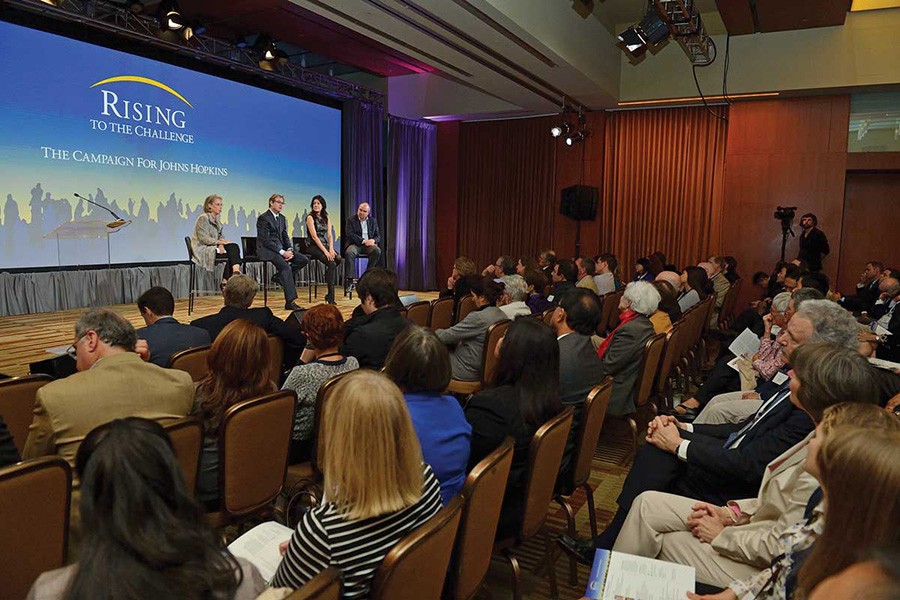 Johns Hopkins' Rising to the Challenge campaign hit its halfway mark in November, when gifts and pledges from more than 162,000 donors passed $2.25 billion.

Rising to the Challenge: The Campaign for Johns Hopkins is the largest-ever fundraising effort undertaken by the university and its sister institution, the Johns Hopkins Hospital and Health System. So far, donors have endowed 94 professorships and designated $190 million for undergraduate and graduate student aid. A total of 262 donors have made campaign commitments of $1 million or more; 28 of those are for $10 million or more. There have also been more than 365,000 gifts of $1,000 or less. A $350 million gift from New York Mayor Michael R. Bloomberg, Engr '64—announced in January and the largest gift ever given to Johns Hopkins—is part of the campaign.

The campaign, which aims to raise $4.5 billion, is targeted for completion in 2017.